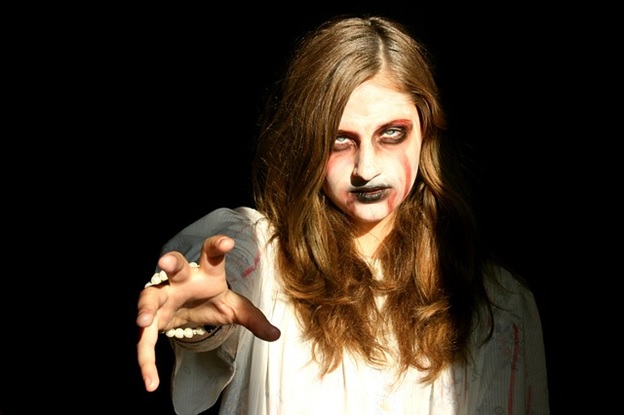 Halloween is something celebrated by millions of people around the world. It’s also an exciting time as it means we get to dress up in costumes and go out “trick or treating.”

But, Halloween can also be a nightmare for a growing number of employers! You might not think it, but it’s the one day where you’ll find injury reports increase!  That’s because Halloween is a time that gets filled not just with fun, but with danger too.

So, just how has Halloween become such an issue for many companies? It turns out there are plenty of reasons.

The thing about Halloween in the workplace is that many folks want to put up decorations. They might adorn their desks with pumpkins and typical party decorations. Some might even go to the trouble of creating a mock haunted house façade by their office doors.

While those things are all meant in the general spirit of things, they can often be hazardous. For example, they can become instant trip and fall hazards. It’s also not uncommon for some people to use flammable decorations. There may not be any open flames or candles in the jack-o-lanterns, but heat from nearby lights could soon start a fire!

Halloween lights can also be harmful in the workplace

We don’t think much about Halloween lights. After all; we use them at home without any problem, right? The thing is; workplace electrical wiring is different to what we have at home.

Some commercial electrical circuits will only handle a fixed amount of current. If you overload them with your lights, you risk starting a fire. That’s because the wiring will overheat and melt the cord’s insulation. And it’s that heat that can start a fire. Also, some people might not be aware that the wiring on their Halloween lights could be damaged.

Did you know faulty electrical items like Halloween lights are a common cause of workplace injuries? Many injured employees often hire an injury lawyer to sue their employers. They can argue that the wiring installed in the building isn’t fit for purpose, for instance. And that can be the case even if workers brought in lighting from home – faulty or otherwise!

Halloween costumes can cause injuries to other people

As strange as it sounds, even the costumes people wear for Halloween at work can be dangerous! For example, let’s say that someone is wearing a costume like a wedding dress. Other workers could trip on such trailing costumes and hurt themselves, especially if they are too big.

Another example is face masks. Many Halloween masks offer wearers limited vision. That results in a greater risk of trip and fall hazards.

Should your boss cancel Halloween?

You might think the easiest way to prevent such issues is not to celebrate Halloween at work. But, if your boss were to do that, they would be breaking the law, believe it or not.

There have been cases where some people have sued their employers for discrimination. That’s because they consider themselves pagans, a type of religion or spiritual belief. As you can appreciate, it’s illegal to discriminate against someone because of their beliefs.

So, as you can imagine, Halloween can be something of a nightmare for many employers these days!