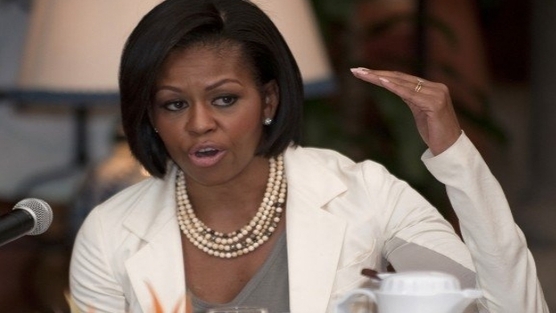 Like all other departments in Pakistan, education is one of the country’s thoroughly corrupt sector with billions going into “irregularities” and unaccounted-for expenditures. This corruption is fueled by both domestic and foreign funds provided to the education departments.

A recent story in Pakistan Today reveals corruption of over 5 billion rupees in Punjab’s education department. This is the home province and stronghold of Pakistan’s ruling prime minister Nawaz Sharif and his political party – the PML-N. As there is no strict accountability – or any accountability for that – in Pakistan regarding corruption, the corrupt get away with it and thrive while the law-abiding citizen pays for their crimes.

But it’s also a matter of foreign funding. On their recent visit to the United States, Nawaz Sharif had brought his family along to meet the Obamas. Socializing with the Sharif family women, Michelle Obama went on to announce a pledge of $70 million to educate teenage girls in Pakistan.

How sure is Mrs. Obama that this money will go to serve the noble cause she bears in mind for the donation? Apparently, not even close to anything called sure. Giving money to a regime that can’t – or doesn’t want to – make accountable its corrupt practices is no different than draining it down the toilet. In fact, in US, the question of whether millions of US taxpayers’ money should go a country that is so corrupt has already been raised on Judicial Watch.

What’s worse, the first lady – or such high-ups – are free to give away such chunks of money from the working American’s paycheck to corrupt sectors thousands of miles away. They don’t have to ask the public for their vote on such matters, and they also fuel the cycle of corruption in countries like Pakistan.