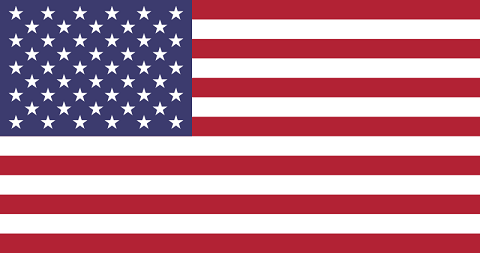 Anyone with reasonable certainty would think that the election of 2016 was decided on November 8th when the voters went to the polls. But this has been an unprecedented election, in light of the bitter contest for the White House that was the hallmark of 2016.

The electoral college was set up by our founding fathers as a way to make sure that the smaller states had a voice in the electoral process. This fact seems to be lost among the Democratic supporters. What would it have been if Hillary won the election. Then, the other side would be complaining.

The greater majority of those who voted for Donald Trump did so because of the fact that they did not trust in Hillary. They voted against gun control, Obamacare, many scandals, and a lackluster response to the Islamic State. Others are concerned about immigration and sanctuary cities. The list goes on and on.

The latest wrinkle: John Lewis, Congressman of Georgia has made it known that he will not attend the inauguration on Friday. Why? He doesn’t consider Donald Trump legitimate, citing Russian hacking allegations as the reason. Rumors have been floated about that Russia, Under Putin’s direction, hacked in to the e-mail server that Hillary Clinton was using. According to an intelligence briefing on January 5, 2017, Putin’s intention was no less than to influence the 2016 Presidential race.

John Lewis has made his point clear: Putin’s driving the train, the 2016 election is thereby discredited. He, and at least thirty-three other Congressmen and women will not attend the inauguration of our forty-fifth President on Friday.

Another disturbing report from Fox News suggests that major disruptions are planned for the main event.  Those who don’t want Donald Trump are bound and determined to make a final stand, regardless. I don’t argue with their right to peaceable assembly, but the last thing we need is to have a riot at the inauguration! I guess I should tell you that nothing surprises me anymore.

I had concerns about Trump from the beginning. I don’t like the idea of a wall across our Southern border. More guards, yes. A fence, maybe. Not the kind of wall he’s talking about. I don’t like the way he has insulted women, blacks, the disabled, and other minorities. And the worst of it:

What if he did the things he admits to in that locker room tape that was released on October seventh? We don’t need a misogynist in the White House!

On the other hand, if he rebuilds the military, puts jobs on our soil, and takes on Isis, we will be doing all the good, despite everything negative he has done so far.

Donald Trump has asked that we come together as a nation. Even some of the African-American community are willing to give him a chance. With some, however, there is no forgive and forget. It’s no easier for them to hold on to sour grapes, why don’t they just admit it?

We can only wait and see what happens on Friday. We can only hope that those who say they are in favor of disruption will respect the peaceful transfer of power. Some never will, I believe that most decent Americans will, despite what the protesters say.