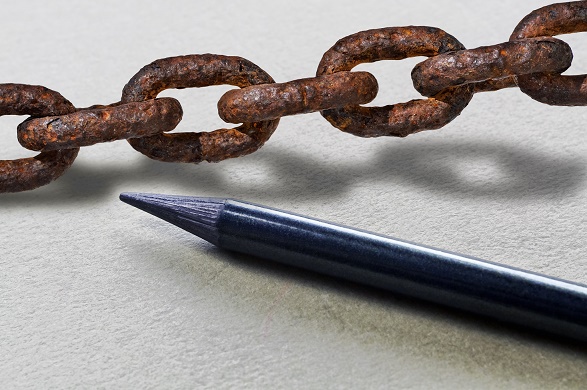 Historically societies have thrived when governments and the people under those governments have had a very transparent, open relationship with one another. This relationship then allows groups within entire communities to maintain a dialogue within themselves, even if members from within do not agree or like one another. Respectful disagreements are the sign of a more truly Democratic system, communities are able to trust one another as everyone becomes free to express whatever concerns or opinions they may have about anything they desire.

In what has become known as the Oregon Standoff, in which local ranchers of a militia group overtook the Occupation of a Wildlife Refuge, the media was ordered out in an ominous FBI warning, here is some facts when media can be order out of an area. Under the Law, the only conditions that would allow the government to order the media to pull out of reporting or covering an ongoing situation are: if there is an ongoing criminal investigation taking place; if there is a risk of an undercover agent(s) identity or identities maybe compromised; or if it could jeopardize national security.

The freedom of the media is not unlimited and could be blocked from publishing or writing something (and restricted if there is proof of a valid prior restraint). While this is fairly rare, it still happens from time to time, such as if there is false information about a person, they (the media outlets that reported the information) can be sued for libel. The First Amendment of the U.S. Constitution only provides the minimum level of constitutional protection.

Individual States are able to provide additional protection within each State, including their state constitution(s). The U.S. judicial system has not yet recognized that news media have any rights to access any particular scene. As with the case of the Oregon Standoff, both the freedom of information, or so call media law(s) maybe sometimes ordered out if there is a valid verification of an official claim issue—meaning journalists have a risk of great harm or they could die as a result of being at that particular area. This is especially true at accident and disaster scenes.

There are a few statutory laws in a few states that will allow the media coverage from “unreasonable restriction”, such as to allow the media to set up within a certain range. In most cases regarding the law, courts have for the most part, ruled in favor of journalists who have acted reasonably in attempts to try to gain access to information. This as long as they were showing respect toward law enforcement authorities.

However, all states have denied public access to any records if the interest in secrecy is viewed as more important than the public’s right of access to a particular document. With the issue that are now effecting Flint Michigan’s water crisis, it will be interesting to see how the courts, media, and various law enforcement agencies handle such a catastrophic problem as they probe to see what exactly happened, and what will and should happen to provide comfort that anything like water contamination will ever occur again.

Unfortunately, free speech is not truly free, at least to the judicial system’s set of laws within each ruling that has taken place related to Media Law. Some rulings maybe for fairly good reasons and some will need to be continuously fought in the courts. Until then, individually, we can keep in mind while we the people are able to sometimes be prevented from saying something. Nobody, can ever make us say anything, or say anything we do not want to say. Meanwhile, the relationships between law, media, and the freedom of information will keep being disputed as societies will continue to look into the hidden dimensions of reality.