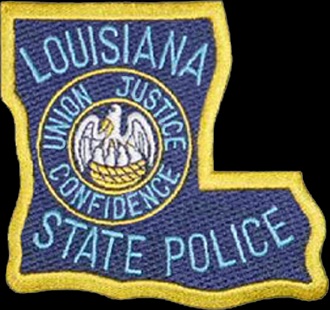 In Louisiana, the Governor recently signed into law expanding the hate-crime statute to add the targeting of police officers, firefighters, and emergency management services or (EMS). Once signed into law, Governor John Bel Edwards said, “They deserve every protection we can give them.”

A hate crime is considered a hate crime if the victim is targeted because of identity-based characteristics such as race, ethnicity, religion, gender, sexual orientation, gender identity, or disability. The Anti-Defamation League, an organization that is an advocate for hate-crime laws, said this particular legislation may “ultimately dilute” hate crime legislation. The organization said hate crime laws “should remain limited to immutable characteristic, those qualities that can or should not be changed. The additional law in Louisiana would open the door to other categories being worked into such laws.”

This new law known as “Blue Lives Matter” is a contributing response to sheriff’s deputy Darren Goforth, the officer in Texas that was ambushed, shot, and killed while in uniform in August 2015. The reason he was shot and killed was mainly due to his Sheriff’s Deputy Uniform.

The Title 18, U.S.C., Section 249 Matthew Shepard and James Byrd Jr., Hate Crime Prevention Act was reviewed by Cornell University and found that there are some possible loopholes to the law as they relate to religion. They found that the law “be construed or applied in a manner that substantially burdens a person’s exercise of religion (regardless of whether compelled by, or central to, a system of religious belief), speech, expression, or association, unless the Government demonstrates that application of the burden to the person is in furtherance of a compelling governmental interest and is the least restrictive means of furthering that compelling governmental interest, if such exercise of religion, speech, expression, or association was not intended to, plan or prepare for an act of physical violence, or incite an imminent act of physical violence against another.” One could then be left to question how a judge may define a “means of furthering that compelling government interest.”

In conclusion, this law and laws that will be made that are similar to this one will never be able to replace “human dignity”. The sad reality is that people in unfortunate situations are usually the ones whose rights to human dignity are slighted or trampled on. As the legislative process continues to expand so will people and organizations become more vocal in voicing their concerns to those enforcing the law, not just in the United States but perhaps around the world also. However, this will one day cause the legislative forms of government to attempt to expand as well, and the only legislative form of government that is recognized by most all governments around the world is the United Nations.