In a revealing story on Huffington Post, the measles outbreak in Eloy, AZ, finally gave out that of the 11 people who contracted the “highly infectious” disease were already vaccinated against it! 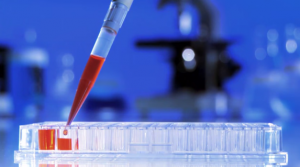 The story quoted information officer Joe Pyritz on the vaccination status of the measles-affected cases. So far, from what is known, of the 11 confirmed cases, 7 are detainees at the federal detention facility and 4 are staff members. All 4 staffers who got the disease are said to have been vaccinated against the disease.

What happened to the myth of vaccine effectiveness? The question is interesting because the same story claims – in the wake of the vaccine industry’s propaganda – that two shots of the MMR vaccine offer 97 percent protection. Apparently the 4 people – making 36 percent of the total cases – fall into the unfortunate section that are not protected by the vaccine. But what about those millions who never got the vaccine and never were infected?

Now they are telling people that they don’t know about the vaccination status of the 7 inmates that got the disease. Sounds funny. But still, arguing per se, they may or may not have been vaccinated. So of those measles patients at the facility whose vaccination status is known to us, 100 percent of them had been vaccinated against the disease—and it failed to offer protection.

Readers will surely not want to miss the observation that the popular media sites and channels are soooooo very quiet about the vaccination status of the affected staffers—see this one on Fox. It says those visited by the infected workers are being identified and vaccinated. But why? Why is the vaccination status of these 4 infected workers being kept from people? It’s definitely going to expose the vaccine hoax – again!

And speaking of the vaccine for measles, mumps, and rubella (MMR), the film Vaxxed exposing CDC’s reckless corruption and cover-up in MMR-autism link is playing in theaters in more and more cities across the United States. Go see the film and start seeking answers to the questions surrounding the vaccination controversy.