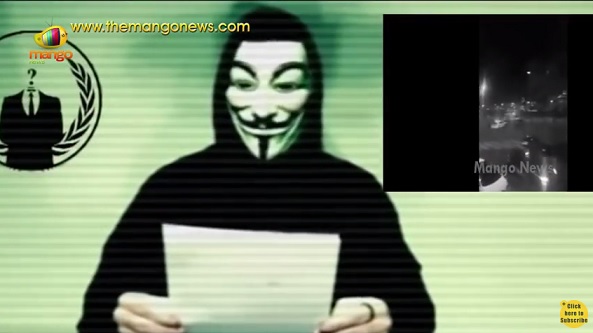 Hacktivists[1] who participate in the ideology of “Anonymous” hacktivism have already officially declared “war” on ISIS with their biggest operation so far, already in action known as #OpParis (aka #OpISIS). In fact, this operation is already in action, which sounds great, although it raises a couple of questions. Such as does their war on the Islamic State in Syria have any effect on ISIS? And if so, what kind of effect have they made?

First, here’s an idea of the things they’ve done so far in their operation. First they’ve taken down 5,500 twitter accounts that were claimed to be ISIS-related, or ISIS-friendly. Then they’ve done things such as taking down an ISIS website and humorously replaced the website with an advertisement for Viagra, and finally they’ve done the same sort of thing with an ISIS propaganda forum on the dark web, and that website was hacked and replaced with a Prozac ad.

Some say that they’ve made no impact on ISIS, as one Anon wrote in an online chatroom that Anonymous uses to coordinate and discuss operations: “it really isn’t doing anything. Those saying it, are mainly newbloods[2]” in reference to the twitter accounts that were taken down. That’s besides the fact that a lot of the targets were reported (by The Daily Dot) to be “wildly inaccurate”.

Some point out the situations in which it does have an effect. For example, taking down the ISIS websites and replacing it with medication commercials make an impact to ISIS recruitment. If they take down the propaganda forums it lessens the probability that ISIS will get bigger off of internet recruitment.

To conclude, the new and (so far) the biggest operation Anonymous has performed is their newest “war” on the Islamic State in Syria. The newbloods haven’t made much of an impact as what they’ve done is the pointless action of taking down twitter accounts in which most of them aren’t even in relation to ISIS whatsoever, whereas other Anonymous members have helped out in their war on the Islamic state by taking down propaganda and recruitment websites.

[1] Hacktivism – A form of political activism in which “operations” are performed through the use of computers and often hacking, hence the name

[2] Newbloods – A term used by Anonymous referring to people who are newly recruited to the idea.