Vaccines can kill you if you are under the age of 27, according to White House Press Secretary Jen Psaki. You heard it right and you’ll see it in the video showing her speaking as well as read her statement in the official transcript – both included below.

In her July 14th press briefing, Psaki said in response to a question that vaccines are safe but can still kill you if you are under the age of 27. Watch the video of Psaki’s epic claim.

The official transcript of the briefing on the White House website carries Psaki’s full answer in which she made the claim about vaccines killing people younger than 27. 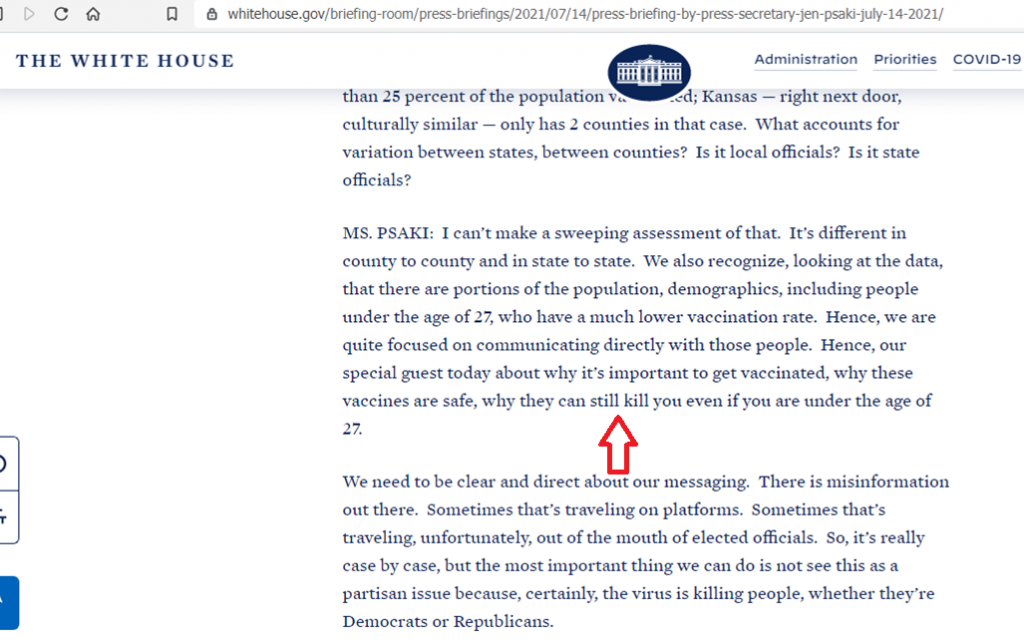 The establishment media in the United States has assumed total silence on Psaki’s statement while doctors and citizens raising questions are routinely targeted by the pharma-aligned media mobs. A few international media outlets, however, picked up Psaki’s statement. Russia Today wondered if it was Malfunction at the podium?

But Psaki’s message soon takes an odd turn, as she suddenly declares that the vaccines the Biden administration is desperate to convince more Americans to take “can still kill you” – even if you’re “under 27.”

Social media users started sharing and responding to the supposedly odd statement by Pskai, who is known to routinely make false statements and lame excuses to cover up the lies and abuses of her administration. One twitter user jumped on to a Townhall tweet about Psaki’s statement saying: “I’m keeping this one for the door knockers,” referring to the recent controversial move of the Biden administration to send vaccine advertisement teams door to door to convince people on getting the COVID shots. 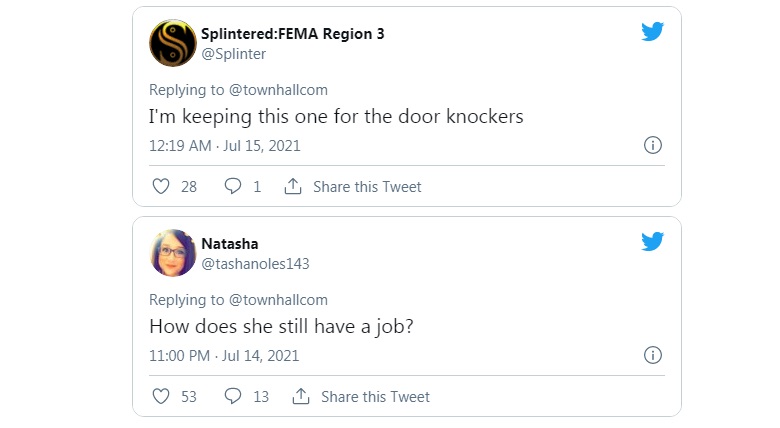 Another named Natasha said, “How does she still have the job?”

The silence of the propaganda mobs to cover up the embarrassment of Psaki’s accidentally true statement on the COVID vaccines is very much expected. The irony is that the truth has slipped out of the mouth of someone they can’t censor, especially in a live event.