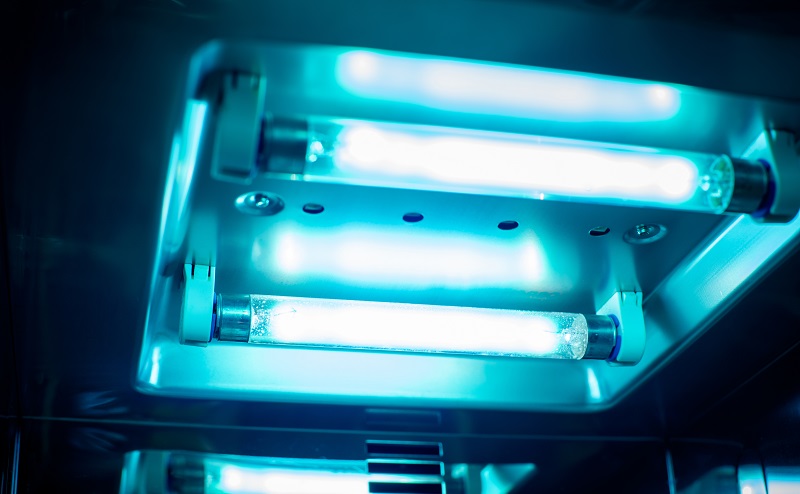 While the COVID 19 deceit shines bright on billions of unsuspecting people around the world, new technology is being sold in the name of protection offered to the public. Phoenix Sky Harbor International Airport (PHX) in Arizona recently took the sanitization narrative to the next level by installing Ultraviolet light (UV) sanitizers to keep escalator handrails germ-free.

AZCentral reported that the airport installed the UV-C system of sanitation at five escalators in two terminals. The story says that several airports across the country have already implemented the UV-C light sanitation system in the wake of the COVID 19 crisis.

While the story includes praise by a passenger for this new sanitation measure by the Phoenix Airport admin, it doesn’t raise the question whether the ultraviolet light can harm the people exposed to it? There is no mention of any concern by any passenger or worker at the airport. Understandably so since objective reporting of professional standards is practically dead in today’s mainstream media. So what about the safety or health risks of this new sanitation method?

In May, Discover Magazine published an article “Are Ultraviolet Sanitizing Lights Safe for Humans?” by Leslie Nemo. In the article, the author made the important observation that the FDA approved the UV-C disinfecting devices for use in COVID 19 emergency in March but without any published scientific research showing their safety for human health. The article quoted Karl Linden, an environmental engineer at the University of Colorado Boulder, expressing his concern over it.

My excitement [is] tempered with the concern that it could be an application that could have some dangerous side effects or direct effects.”

Karl’s comments hold substance since previous research used “human skin models” to study the effect of UV-C light but not real human subjects. Instead mice were used in the experiments to determine whether and how harmful such radiation is to tissues.

The research used human diploid lung MRC-5 fibroblasts and WI-38 (both of which are developed from cells of aborted human babies) as well as Fetal Bovine Serum (made from blood of calf, usually at slaughterhouses) to test the effect of radiation on the two coronavirus strains. The study concluded: “low-dose-rate far-UVC exposure can potentially safely provide a major reduction in the ambient level of airborne coronaviruses including SARS-CoV-2.”

The phrasing “potentially safely” does not amount to certainty by any means so the study in itself suggests that they think it will be safe for this radiation to use to kill (or technically, inactivate – meaning unable to infect to genetic damage done by radiation). Secondly, the study also hypothesizes that the alleged COVID 19 coronavirus will respond to the radiation the same way other coronaviruses do.

But if science ran on such assumptions, it wouldn’t be science. The serious flaw here is when you fear a pandemic caused by an allegedly highly infectious virus and are testing technology for killing that virus, why not use that same virus in the experiment instead of using similar viruses? That way you would say something with certainty instead of assuming by similarity in size and composition.

Next, it is interesting and important—always—to check whether any research shows a conflict of interest with its researchers. That is why you must read the declaration of interest included under the section “Ethics Declarations”. In this paper, the declaration shows that the parent institute (Columbia University of New York) holds the patent to the use of this technology for sanitizing against viruses. Google Patents show that the patent in question (#US20180169279A1) was filed on 25th November, 2019 and its status is “Pending”. 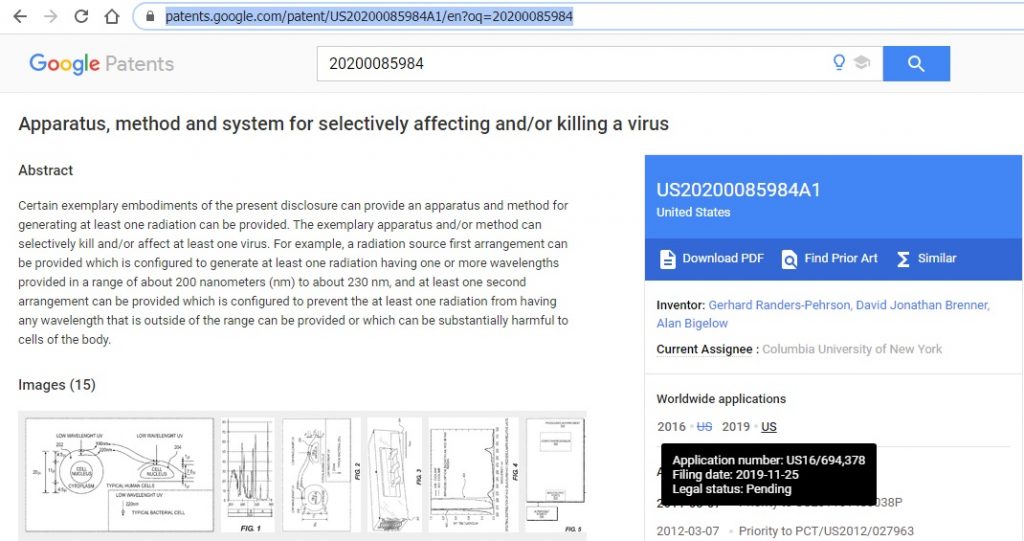 So how does it sound when a certain someone says that something they own can be safely used to kill germs but won’t hurt people and that they have done their own research to conclude it is safe?

The judgment rests with the public.