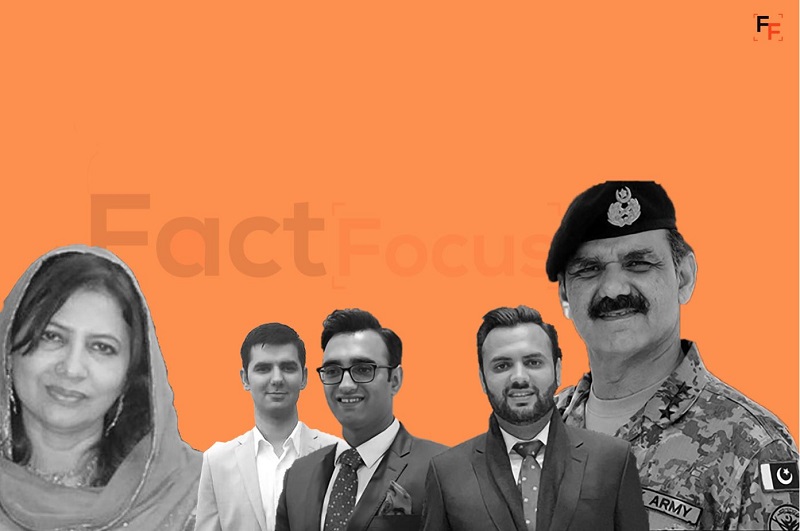 The military in Pakistan is considered so powerful that the country’s constitution bans criticism of it. Reporting corruption in/by the military in that country literally means putting your life on the line. But one journalist has daringly exposed one of Pakistan’s powerful military figures by publishing the details of his family’s foreign assets.

On August 27, Pakistani journalist Ahmad Noorani published the details of the foreign assets of Bajwa family and documented the timeline of how his family, including his wife and children, made millions of dollars via business companies in United States. The documents show that with the rise of Lt General (R) Asim Saleem Bajwa in the military ranks in Pakistan, his family business grew abroad notably. Noornai’s post about Mr. Bajwa’s assets stated that the latter committed perjury when questioned on foreign assets.

Asim declared on oath his wife has no ‘business capital outside Pakistan.

The revelations regarding Bajwa’s family business were at first ignored by Pakistan’s media outlets – which operate under strict military control. But when independent journalists and foreign media started catching on Noorani’s story, Pakistani media had to report the story to save face although no popular channel appeared to be ready to talk to Noorani live to hear from him directly.

While rejecting Noorani’s story about his assets as “baseless allegations” through a 4 page statement shared on Twitter (embedded below) on September 3, Bajwa didn’t provided documented details required to rebut Noorani’s story. The next day, he reportedly offered his resignation from his post of Special Assistant to the Prime Minister on Information and the prime minister immediately rejected it, saying he was satisfied with Mr. Bajwa’s reply to Noornai’s story. Bajwa did not offer his resignation from his more important post, the chairman of the China-Pakistan Economic Corridor—which is considered the biggest economic/construction project of the country and worth billions of dollars.

I strongly rebut the baseless allegations levelled against me and my family.Alhamdolillah another attempt to damage our reputation belied/exposed.I have and will always serve Pakistan with pride and dignity. pic.twitter.com/j185UoGhx1

Radio Liberty wrote on Sunday (September 06, 2020) that the story about Bajwa’s position in Pakistan and his family business abroad has spurred a debate about military privilege in Pakistan.

Noorani says he hopes his exposé will break the atmosphere of fear in Pakistan, where the military is frequently accused of blanket censorship and severe intimidation of activists and journalists.

Given the atmosphere of fear regarding criticism or accountability of military figures in Pakistan, it is not likely that a process of accountability will kick in anytime soon nor anything to independently probe corruption by military figures, whether retired or serving. But Noorani’s story has broken open a slit into the cemented shell of a creature that nobody in Pakistan wants to annoy or challenge.