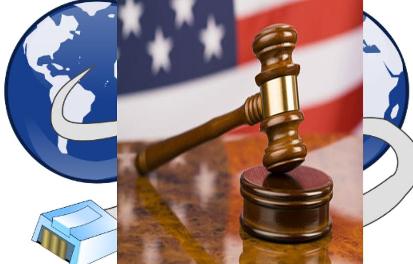 Judicial systems around the world continue to be a major threat to justice and fairness, in virtually all matters. The court rulings from US judges are often in the news in a complaining tone as many judges act in a biased and politically correct manner. A new case in news is of a US appeals court on neutrality of the Internet.

As seen on SF Gate, under the headline Will net neutrality ruling make Web like cable TV?, Internet Service Providers have been relieved via a federal court ruling on Tuesday of the necessity to restrict the speed of loading some websites or even or even blocking visitors from viewing certain sites.

Los Angeles Times quoted Delara Derakhshani, policy counsel for Consumers Union, commenting on the ruling as, “It leaves consumers at the mercy of a handful of cable and phone providers that can give preferential treatment to the content they profit from.”

It takes only bit of common sense to see how this ruling allows discrimination and manipulation of the web activity by service providers. Apparently the ruling came to please Verizon which started the court case on the basis of their proclaimed right to “manage” the services as it pleases them since they built the network.

About human rights activists, the ruling has been a blow to their cause of fairness for all. On its website, famous international human rights organization Access called the ruling in question a significant blow to net neutrality. And there is the question being raised already that the judgment will turn Internet into cable TV. Access has provided a number of recommendations for keeping the Internet free and fair despite the unfair ruling by the court.

One thought on “US Judge Allows Discriminatory Service Provision”