It keeps happening to vaccine recipients; this time the victim is a teenage girl in Bury, Greater Manchester area of United Kingdom, and the killer shot is the HPV vaccine. 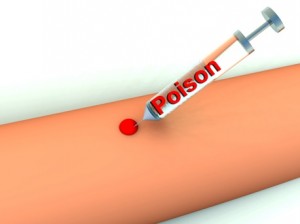 Marketers of the Human papillomavirus (HPV) vaccine claim it prevents cervical cancer and is heavily marketed, especially toward young females. Shazel Zaman, 13, became the victim of such marketing. As Manchester Evening News reported it, Shazel was given an HPV vaccine injection at her school on April 13.

Soon after getting the shot, the girl became seriously sick with headache and later started vomiting before collapsing into unconsciousness. She died on April 18. Thanks to the influence to the vaccine industry and its sold-out media, her death wouldn’t make news until yesterday and even that in a couple papers that google search picks on the first page.

The apathy of the doctor examining her is apparent from the denial that the vaccine had anything to do with her death; adding insult to injury, he called her a “lazy girl” referring her inability to move because she was dying. But then, why would the doctor care? He is there to make money from the vaccine industry and off people’s ignorance, not to worry about people’s life.

To the ignorant masses who worship the corrupt medical mafia, here is a link to the reports of deaths and disabilities caused by HPV vaccine over the years. Bear in mind these are only the reported cases; in many counties, particularly third-word, illnesses following vaccination are not linked to the vaccine but often dismissed by doctors, knowingly or unknowingly.

It remains a question whether parents or guardians of young people opting for vaccination are the real threat to their lives, more than the medical mafia and sold-out media. But a lot of damage has been done to life as well as to the once-proclaimed sanctity of the medical profession.