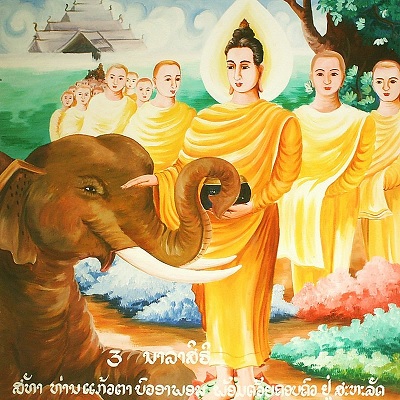 During the course of any day, chances are better than not that we will become involved in situations in which we must deal with others in order to meet the daily challenges of life, or accomplish our daily tasks. How we handle these encounters speaks to our values, and how we view other people, not to mention our view of life itself.

What do a few words of kindness or gratitude say about us? Think about it! Do we just go along our merry way, not once considering the cashier who helped us with our items we just purchased, or the loving family member who just prepared a tasty meal for us? Is our only thought for ourselves, or do we wonder whether they made it home safely the previous evening, after a hard day’s work?

There is so little kindness in our world today, if we believe all of the news stories that we hear. Our local news here in Odessa is full of stories about crime, inappropriate relationships between teachers and students, and the latest auto pedestrian accident that resulted in death for some unfortunate person. Sometimes, the local stations will go out of their way to find a story that has positive value, but most of the time, it falls to the journalists and news anchors to report on all of the negativity of the world at large.

One of the news stories that Newswest9 featured recently was centered around a submissive dominant relationship between a teacher and one of his students. The contract that outlined this relationship was patterned after the relationship presented in the book “Fifty Shades of Grey.” The perpetrator pleaded guilty to all charges, and he is awaiting sentencing. For these and other reasons, I will not comment further, except to say that when it gets to a point when the news in our local communities reports on these stories, it speaks to the very worst that our society has to offer.

For one thing, it helps to further erode the basic trust that our society was founded on. There was a time, fondly remembered by my generation, when our cities and towns focused on what good they could do for their neighbors. Long gone are the days when people were willing to extend their hands to strangers. Instead, we fear them. The erosion of trust in our society is one of the biggest threats we face, and it comes from within.

I remember summer vacations with my aunt and grandma in Southeast Oklahoma. Neighbors would visit in our yard, they would bring vegetables to Mamma’s house, and sometimes, we would serve them a dish of home-cranked ice cream. Often, we would come back to Odessa with some type of jelly or preserves, and we could always look forward to Lucy Nichols, homemade lemonade. How often does this kind of thing happen today? If it does, the news won’t report on it; the story doesn’t fit the expected narrative.

Medical science has found direct correlations between gratitude and brain activity. Acts of gratitude and kindness reduce negative activity in the left temporal lobe, a part of the frontal lobes of the brain. This is the place in the brain where emotion, reason, and higher thinking processes are displayed. It stands to reason that the fear and distrust in our society creates undue stress on the human body. People who enjoy close relationships are healthier than those who don’t; their immune systems are stronger, and thus better able to fend off illness.

It begins with kindness. How many of us thank the cashier who checks us out at WalMart, or the waitress who serves us our food at our favorite restaurant. Do any of us stop and think about the kind of day they have had?

What happens when a friend starts work on a new project? Do we dismiss them and say that they will never succeed, or do we try and help them along the way? It is one thing to offer proper guidance, but quite another to dominate or dismiss another person’s project. It only takes a few words of negative criticism to ruin a person’s day; in fact, people who are exposed to a flood of negative criticism will ultimately go on to ruin their lives, and thus, the lives of others.

It doesn’t matter what we get out of sharing a few kind words with somebody, but rather, what does the other person receive from it? If we get up every morning with an eye toward being of the greatest benefit toward the greatest number of people that we can, then our day is worth it.

It is for certain that the local news won’t report on the kindness of somebody like Kayla, the physician’s assistant at West Texas Urology. A story like hers doesn’t have enough drama, it is too commonplace, it won’t sell because it isn’t graphic or explicit. Yet, as simple as Kayla’s story is, it deserves to be told. A blind person who is writing a novel for the first time won’t get the kind of publicity that is afforded somebody like Donald Trump, be that as it may, that is par for the course. The unfortunate fact is that the media shapes most people’s view of others, and thus the world. I will be the first to tell you that a lot of bad things happen, and that disturbs me. This world has a lot of good in it; we just have to make it happen. This is where a simple act of kindness comes in to play.

There was a day when some of the people on one of the chat lines were bashing this one girl; for whatever reason, they were all over her case. When I finally got tired of it, I issued this challenge:

“Find one nice thing to do for one person today, then come back on the line and tell us about it tomorrow.”

I don’t think anybody took me up on it, at least, not the intended targets, I wouldn’t tell them to do it  if I wasn’t willing to follow my own advice. Guess what! I paid for Dear’s meal at C And C that night. We enjoyed it; I know if I get her out there, she will eat. It would have been nicer if somebody else had gone with us. We still had a good time, and dear ate; in fact, she complained, as she always does, that she   ate too much.

I always look for a new person to be nice to. The day just goes better, and it is brighter for it. I hope it is that way for all of us.