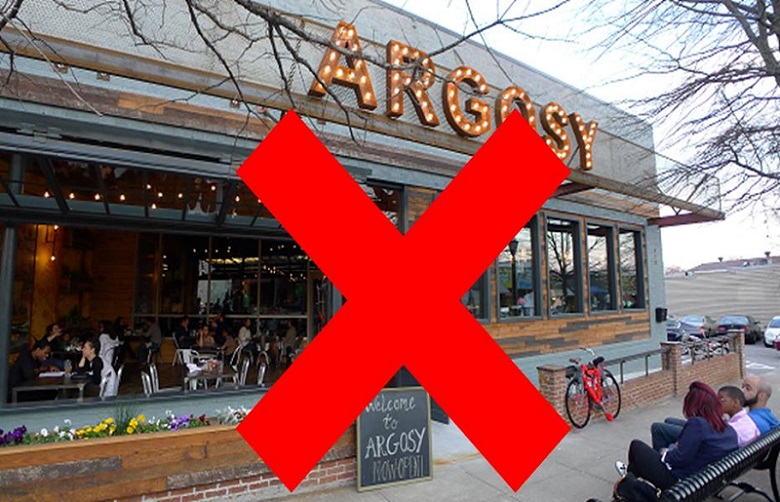 This restaurant’s owner and staff were fully vaccinated against COVID; yet some of them got COVID. Seeing that the vaccine failed to protect them, the owner says he is banning unvaccinated people from his restaurant. In other words, an idiot is angry that his vaccine is not working and he wants to punish the unvaccinated for it.

Yahoo News the featured story of Argosy Restaurant and Bar of Atlanta, GA, whose co-owner Armando Celentano and three staff members tested positive for COVID 19 despite being fully vaccinated. His reaction became an instant case of crystal clear stupidity. Instead of admitting that the vaccine failed to protect him and his workers, he decided to ban the unvaccinated from his restaurant.

Celentano is one of the million of idiots who are ignorant of basic science and lack common sense let alone logical reasoning skills. His brain, assuming he has one, has been enslaved by the self-contradicting propaganda of the CDC and mainstream media: if you get the vaccine, you’ll be safe. If you still got the infection, just blame the unvaccinated, but continue believing the vaccine is working.

It’s time to boycott this insane man’s business and reject the corporate-driven agenda to pressure the more informed unvaccinated segment of population into getting the COVID shots. There surely are many better places to eat in Atlanta than some lunatic’s vaccine apartheid.

The Facebook page of Argosy Restaurant has received comments expressing both support and condemnation from different people. Of course the pro-vaxxers loved their policy and the vaccine-skeptics – aka anti-vaxxers – condemned it, pointing to their flawed rationale. One thing we urgently and critically need to fight the vaccine mafia is to unite and hit back. That is when they feel how it really hurts to attack someone’s liberty.

Would you dine in or take food out from Argosy Restaurant and Bar next time you are in Atlanta?