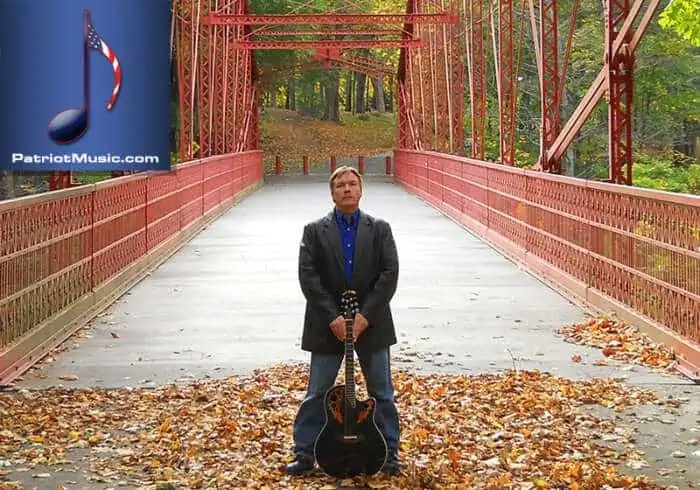 Music is not my daily cup of tea and mainly because I grew up in a different culture with different taste and musical sensibilities. Yet, when I hear music resonating with the inner voice of my spirit, it makes my day. Matt Fitzgibbons is one of the very few voices in American music that have touched my spirit with their tunes and words.

In Matt’s songs, it’s primarily the spirit of patriotism that plays out so loud and clear in every line and note that it makes your soul sing and dance with it. This guy dreams, lives, and sings liberty. Give him the guitar and he’ll give you the party full of vigor and love for the country and fellow countrymen.

A heart-touching feature of many of Matt’s songs is the spirit of acknowledging the sacrifices fellow countrymen and women have made for the land and the freedom of its people, whether on the war front or within the borders. He sings tributes to all the heroes.

In his political worldview, Matt sticks to a non-partisan position. As he stated in his recent chat with me on AxcessNews, he is non-partisan because he sees both the major political parties regularly ignoring and even attacking the nation’s foundations: the Bill of Rights and the Constitution. In his words:

Supporting our nation’s principles especially when our leaders stand against them is patriotism at its finest. It’s those who stand against our founding principles of tolerance who are radical.

When it comes to the Bill of Rights and the Constitution, or other important historical developments, Matt is an educator. He takes time to give crash courses in the history of America and its early days.

To date, Matt has done around 50 songs in various genres and styles like Country, Pop, Classical, and several variations of Rock, and he is still going strong. To follow and support this patriot’s work, visit his website https://patriotmusic.com/ and/or follow his YouTube channel https://www.youtube.com/@MattFitzgibbons.