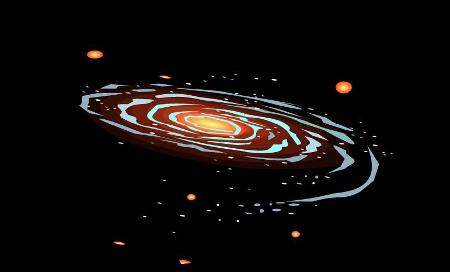 Perhaps the most prominent and widely operative on this planet of these phenomena is the cycle of formation and disintegration. Rocks weather to form other rocks; water freezes and thaws; ocean floors are formed and consumed, and other such cycles. Of course this story also runs on a much bigger scale as well as on micro level. Stars grow and then collapse under the influence of the same force against which they grow. Organisms live by the breakdown of the same molecules that they synthesize. The universe formed due to accretion post-Big Bang and we hear of its possible shattering before the Big Crunch.

All these, and some more, phenomena of nature point at a particular pattern: nature unweaving its tapestry in various forms and on different scales. One is, hence, naturally inclined to raise the question: is the net result of all natural phenomena comes to nothing? Well, mathematically it does seems so.

But there is surely more to it on the level of human consciousness. In this very process of doing and undoing its elements, nature reveals itself to us: we learn to distinguish water from ice by the change of form; substances from constituent particles when they coalesce; light from stars when it leaves them, and so forth. Apparently, nature defeats itself but the victory is there for us—for our understanding and flourishing.

Now looking at own kind, we tend to digress from our natural roots in that we fail to undo many of our wrongs. Unlike nature, we often fail to self-defeat ourselves where we need to. But mother nature still doesn’t fail in being there to teach us, be it creation and sustenance, or constructive self-defeating.