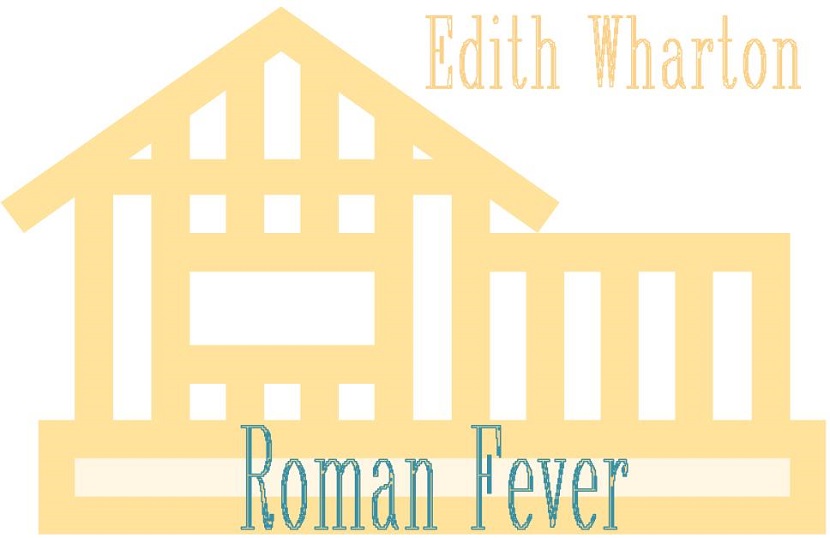 I chose the story Roman Fever for my reader’s response college assignment in 2015 over other readings because I have been a fan of Edith Wharton’s novels, though this was her first short story that I read.

I read the story with interest and a sense of familiarity. I remember Wharton’s novels often started with the same scene of people of class sitting or conversing, except Ethan Frome perhaps. The story started with giving the characters’ backgrounds. I could expect the direct, critical tone of the author targeted at the characters. It was interesting, and probably somewhat surprising, to see Mrs. Ansley defending her tryst with Mr. Slade and answering tit-for-tat. I don’t remember Wharton’s women characters doing that—usually one of the female characters in Wharton’s love triangle is more on the receiving end and more restrained than the other. I really thought, wow this is something new in Wharton’s works. But I think it was good for a short work of dramatic nature, for essentially a “scene”. What I didn’t find surprising was the ending of the story. I remember Wharton’s novels usually end with more questions or space for action for a lead character, or more regrets. And I saw the same in this story as it left Mrs. Slade with a whole new challenge, like at the crossroads of a new story in her life.

Roman Fever can be called a work of an intense nature, the kind that is very much expected from Edith Wharton. Here we see two women of some class who happen to be friends for life, and yet who have not been honest about the nature of their relationship, the suppressed conflict between them. Wharton lets Mrs. Slade start the conflict openly at a lunch table in Rome. The title “Roman Fever” thus plays on the sense of the term’s popular meaning. The fever Wharton is referring to is one that exists beyond Rome’s boundaries—the fever of rivalry and exercise of power. Wharton lets her ladies reveal their contentious past relationship when Mrs. Ansley had an affair with Mr. Slade and Mrs. Slade wrote a letter to her under his name to put her in a compromising situation—emotionally and physically. However, as the story proceeds, the conflict gets heated and Mrs. Slade is paid in the same coins by Mrs. Ansley’s revelation that Mr. Slade actually kept the tryst that night. The dramatic tension is at once heightened and released with some form of catharsis when Mrs. Ansley reveals that her daughter Barbara is actually from her relationship with Mr. Slade.

By its narration, setting, and action, Roman Fever comes close to dramatic structure. With minor adjustments, it could be staged as a play as most of the events unfold via dialog between the two characters. The theme of rivalry and craving for social dominance is revealed in a very Whartonian fashion in Roman Fever. Much like Ethan Frome, the tables are turned on the jealous female lead that now has lost her wall of assuredness—that she possesses more than her rival—leaving her in a dark place where she has brought her own darkness down on her. The final act of Mrs. Ansley moving ahead of Mrs. Slade toward the stairway symbolizes well the shift in dominance between the two characters.

Reading Wharton is always a pleasure and pain at the same time and it holds for Roman Fever.