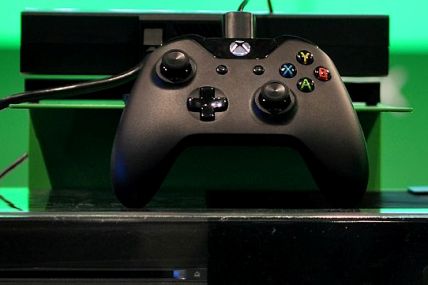 Personally, gaming was a huge part of my life growing up. At first I played mostly solo games, like Nintendo’s Duck Hunt 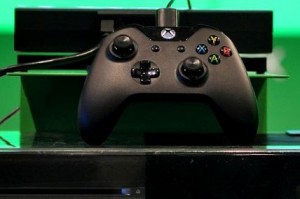 and Super Mario Brothers. I can’t be alone: if you’re reading this, don’t act you didn’t walk up to the TV, press the tip of that orange Nintendo gun against the screen and blast away. Unfair advantage or not, I killed so many ducks, it would make Uncle Si jealous.

From there, my passion for gaming and disinterest in nearly everything else only grew. I had a cousin who seemed to get every single gaming system before it was even released, and needless to say, I spent a large chunk of my formative years at his house.

Screenshots from some of those older games are comical in comparison to the graphical qualities and gameplay nuances available today. First-person shooters like the Call of Duty series and role-playing games like the Grand Theft Auto Series seem to be flirting with the uncanny valley in terms of graphics, and the evolution in consoles has created a rich and complex virtual world beyond what people previously thought possible. Let’s examine a few of the next generation systems that will continue to push the envelope.

Conspicuously absent from this year’s Electronic Entertainment Expo (E3) was a big announcement from Nintendo. Both Microsoft and Sony had big console releases in the works, but Nintendo is apparently sticking with their Wii U system and their portable 3DS. Some experts claim this is like 2006 all over again, as that was the year the release of the Nintendo Wii surprised everyone in the wake of the Xbox 360 and Playstation 3 releases. Once again though, Nintendo seems content to let Sony and Microsoft duke it out in the console realm. With rumors of games like Donkey Kong Country and Mario 3D World on the horizon for the Wii U, Nintendo appears to be banking on their already substantial console user base.

Microsoft unveiled the Xbox One a month earlier than Sony’s full debut of the PS4 at E3. Compared to the Xbox 360, the Xbox One has a faster processor and better graphics, as well as 140 GB more storage. Microsoft’s initial presentation of the One focused on its function as an all-in-one entertainment console. It boasts live TV, Skype, Blu-Ray, and a host of other features meant to replace all the other hardware connected to your TV. The One also offers improved integration with Microsoft’s Kinect system which allows “controller-free” gaming and voice recognition. Microsoft has unveiled a list of fifteen games to be released exclusively on the One console, including eight brand new franchises.

The PS4 boasts a much better online interface than its predecessor, as well as more power, faster processing, better graphics, and increased storage capabilities. The first significant face-to-face battle between PS4 and Xbox One went down at E3 this past June, where some experts claim that Sony stole the show, mostly due to Playstation’s willingness to address and improve upon what many gamers considered to be the Xbox One’s shortcomings. Unlike the One, the PS4 does not require the user to “check-in” online every 24 hours. Additionally, Sony will not place any restrictions on used or resold games. To compete with Xbox’s Kinect system, Playstation is offering an optional PS4 “Eye” that also offers voice recognition and motion-controlled gaming. On day one, according to CEO Andrew House, the PS4 will have 20 new games.

Given that the PS4 has a retail price of only $399 – the Xbox One retails for $499 – some industry insiders are claiming that the PS4 may have won the holiday battle for dollars before it even began.

This article was provided by CJ Gordon, recent Computer Science graduate and avid video gamer. If you’re looking for a more down-to-earth (or just affordable) means to play games, CJ recommends checking out Card Kingdom and their Magic: The Gathering cards.