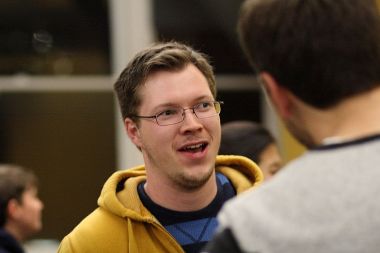 We all suffer from lack of self-confidence at some point in our lives. We wouldn’t be human if we didn’t. But if you glance at magazines directed at teens and women on any given day at the supermarket checkout, you might think that it’s only women who suffer from body issues, depression, and other self-esteem, and self confidence issues. This may play into the fact that more women than men read those types of magazines, but it still does nothing to address the real issue here: men, too, worry about their performance at work and in the bedroom, as well as body image and finances.

Women don’t hold the monopoly on self-confidence issues. Men, too, have their share of them—the difference is, they don’t talk about it as much. According to Ask Men magazine, among people who experience high levels of stress in their daily lives, many of them also suffer from low self-esteem, triggering stress, anxiety, sleeplessness, and other health-depriving symptoms. Men in particular carry an additional burden that makes them keep their fears under wraps: they feel that they are expected to carry the world on their shoulders while providing for the women and children in their lives.

Way before women’s liberation movements, harking back to the dawn of man’s first steps on this Earth came the call: men, you must provide for your family. The unwritten rule? You better not complain about it, lest you be thought of as less of a man. And therein lies the problem. Men are socialized not to talk about their feelings, taught to believe that doing so makes them weak and less-than. Men may not talk about their feelings as much, but it doesn’t mean they don’t get down about their boss and his crazy demands, or the pressures of everyday life. Men even tend to feel worse about themselves when a spouse or girlfriend–whom they’re supposed to provide for–does better than them in areas of social or financial competition.

If you try an Internet search for “women and low self confidence,” you could spend a week going through all the links that one query brings up. If you try the same search but enter “men,” good luck to you getting more than one or two to pop up. That’s part of the problem—men don’t have the resources that women do when it comes to voicing their concerns about their feelings of low self-esteem. Women have all the support groups in the world at their disposal both online and off, at the playground, at their kids’ schools, in their social circles, and from family. Men don’t have nearly as many outlets for expression, so those feelings fester and fester until they start developing into bigger problems. A study profiled on Psychology Today found that there is a link between low self-esteem and vulnerability to depression.

Depression in men isn’t talked about as much because many people consider it a sign of weakness and excessive emotion, according to Jeanne Segal, Ph.D., et al., for Help Guide. In fact, depressed men are less likely than their female counterparts to acknowledge feelings of self-loathing and hopelessness, which can instead lead to expressions of anger, aggression, violence, reckless behavior, and substance abuse. Bringing awareness to the issue of men and self confidence is key to bringing them out into the open, so that they don’t continue to fall prey to depression and anxiety.

Kevin Zimmerman is a freelance journalist and pop culture geek. If you’re worried your appearances are effecting your confidence, Kevin recommends a natural looking eyebrow transplant for those with thinning facial hair.

One thought on “Improving Men’s Self Confidence”