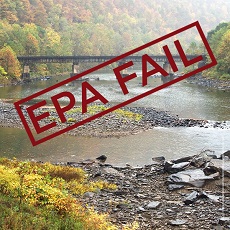 “Shame on the EPA for putting the interests of Big Coal before that of Appalachian communities, waterways and wildlife!”

The message particularly expresses resentment over the EPA letting coal industry pressure to bow it in its favor as against the concern raised by more than 41000 voices asking for protection of the fresh water resources against coal mining.

Sierra Club is extremely concerned with selenium pollution of stream and river water, caused by blown-off mountaintop rock and dirt. Selenium pollution, as noted in the email from the club, causes significant biological damage to fish in fresh water systems.