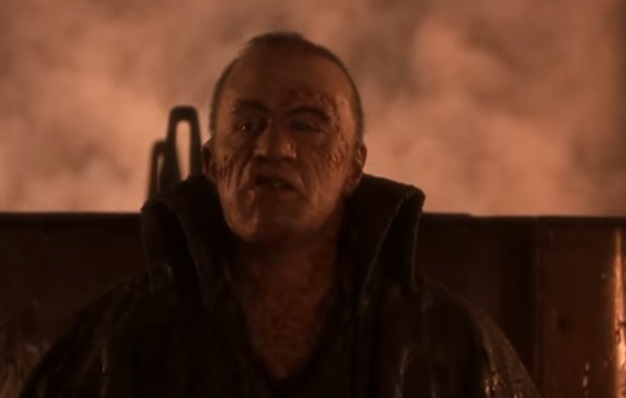 Recently I watched the classic mystery/horror movie Daughter of Darkness (1948) and the gothic element of in the movies’ theme and setting was inviting enough to make me think of writing a word or two about it.

Scanning my memory of literature for literary connections of the work, the first word coming to mind, of course, was Frankenstein—Mary Shelley’s masterpiece gothic novel. The call for morals reflected at once in both works. To see if I can get from a quick online search for more than what I remember  from my reading of elements of gothic fiction, I ran a web search and found a somewhat surprising result—Jane Austen’s name in the list of gothic novelists.

My memory at once scanned for the Austen novels that I had read and the work that leapt forward to my attention was, of course, Northanger Abbey. I couldn’t think of any other works of Austen that I had read (Emma and Mansfield Park) or was familiar with via watching the adaptation (the movie Sense and Sensibility) or reading the plot summary in from of book blurbs (Pride and Prejudice) to employ the gothic.

A second search to see if anyone has written anything about the gothic in Austen led to a short but beautifully written article Jane Austen and the Gothic Novel by Lynn Shepherd. I could certainly relate to what she wrote about the treatment of the gothic in Northanger Abbey as against the real, serious, and morally conscious works of gothic, like Frankenstein.

When I say morally conscious, I believe the readers of gothic fiction and any literary critics must already have gotten it. In such works, human morals and insanity (or doom) are closely linked, and always in a reciprocal manner. Like the monster in Frankenstein and Emily Baudine in Daughter of Darkness, the evil is invoked to action by human insensitivity or outright cruelty. The lack of moral conduct, or heartless self-serving, is reciprocated as death or destruction. The evil in these gothic works is more a personification of a dark and threatening reflector of the characteristic human evil that seeks its victim around it.

I am not very familiar with the older gothic works except in brief mention in literary essays, for example the novels of Samuel Richardson (Clarissa and Pamela) are said to have elements of gothic. But in the Romantic period, where nature and its immense power over human spirit stood out as a key quality in the themes and characters of a novel, Frankenstein excellently explored the sense of moral values and the obligation of people to follow and respect nature—the act of dying and the response of acceptance being an integral part of this grand scheme of nature. A violation of it, on the contrary, would bounce back as greater injury and doom.

In keeping with morals, the plot of these gothic tales ultimately switches gears and turns the around the roles of the victim and the menace. This usually happens when the life-taker victimizes the innocent. And that is the case in both Frankenstein and Daughter of Darkness, albeit with a significant difference.

[And it’s time to put in caps what commentators do in favor of their audiences at such moments– SPOILER ALERT!]

In Frankenstein, the creature itself suffers from restlessness and the pangs of his deadly existence, so he decides to take his own life. On the contrary, Emily of Daughter of Darkness is sought and entrapped by her employer after Emily seduces her younger, innocent brother to death. The doom of Emily is probably more dramatic as in the film medium, a beast (dog) is shown to take her, though it’s implied that the dog was likely the good force in the universe and was out for her for some time.

So we are shown a sense of justice in the gothic by pitting evil against good and how they switch sides such that whatever side, human or supernatural, crosses the line falls in the end.

One thought on “The Gothic Treatment of Morals and Doom”