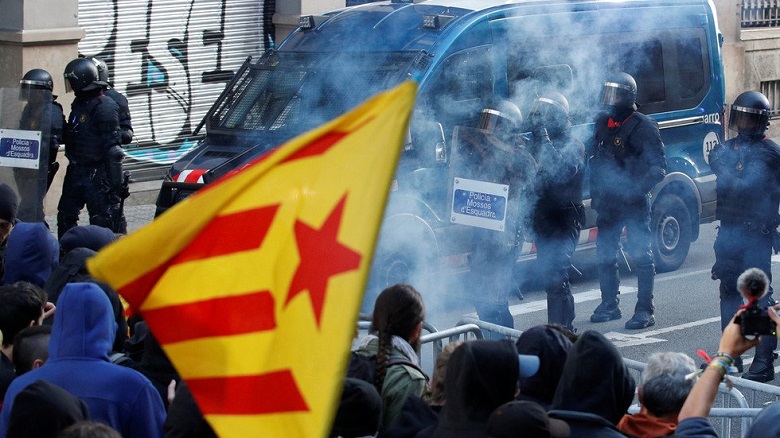 Thousands of pro-independence protesters angry about Spain’s Cabinet holding a meeting in Catalonia blocked roads across the region Friday and clashed with anti-riot police in its capital.