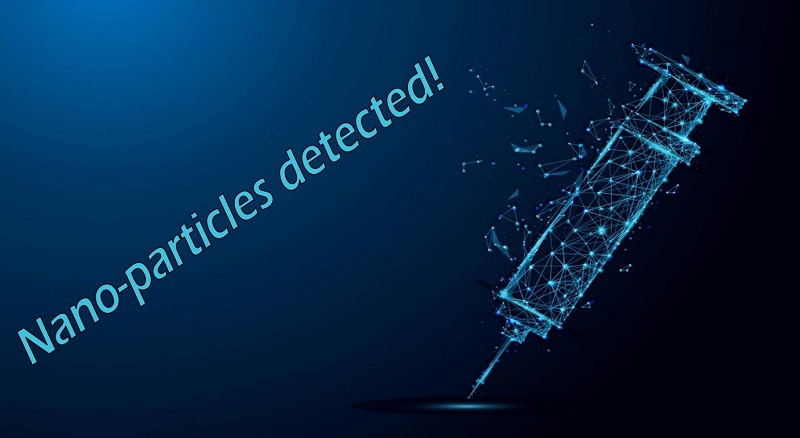 The study titled “New Quality-Control Investigations on Vaccines: Micro- and Nanocontamination” by Italian researchers Antonietta M Gatti and Stefano Montanari was published in the International Journal of Vaccines & Vaccination (Volume 4 Issue 1) on January 23rd, 2017. The study tested 44 vaccines coming from two countries—Italy and France— including vaccines for flu, hepatitis, measles-mumps-rubella (MMR), Tetanus, and others.

The researchers found that all these vaccines contained tiny inorganic particles—including metal particles of Aluminum and other metals—that were not disclosed to the public.

The investigations verified the physical-chemical composition of the vaccines considered according to the inorganic component as declared by the Producer. In detail, we verified the presence of saline and Aluminum salts, but further presence of micro-, sub-micro- and nanosized, inorganic, foreign bodies (ranging from 100nm to about ten microns) was identified in all cases, whose presence was not declared in the leaflets delivered in the package of the product (Table 2).

The study concludes with concern for the health of people that are administered these vaccines especially for the possible reactions that these particles are capable of causing in various parts of the body, including the brain.

But did any of you hear of this making news anywhere? Neither did I. The study was categorically ignored by mainstream propaganda media mobs since it revealed something further bad about the vaccines. However, at least one free speech/independent news outlet published the story that investigative journalist Jon Rappoport wrote about it. Canada Free Press published the story “Dangerous nano-particles contaminating many vaccines: groundbreaking study” earlier this month.

The absence of media’s reporting on Gatti & Montanari’s study speaks volumes of the real nature of propaganda cartels that are misrepresented as “media”. Worse, they all remained silent on the way the researchers were reportedly harassed by the authorities in Italy.