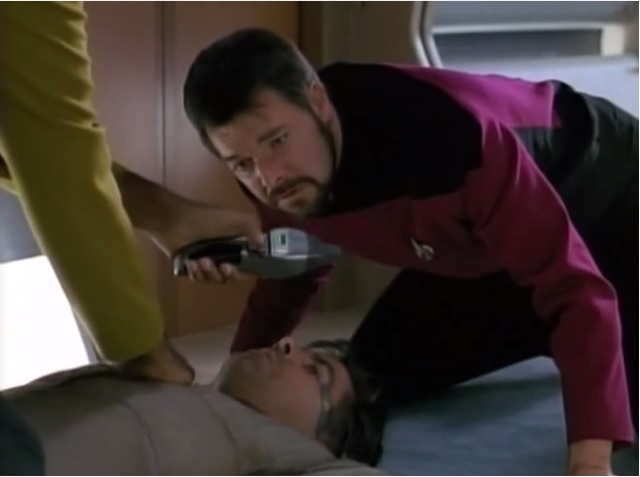 The third season of Star Trek TNG had some of the best episodes – action, mystery, drama, and great conflict between characters. The 11th episode was titled “The Hunted” introduced an exciting character – Roga Danar (played by Jeff McCarthy) – bursting with energy.

The episode presented the dilemma of those trained, to the point of total conversion, in combat so that their life has no purpose than killing, and home means a war zone to them. And when they are useless, they are thrown into prison or detention cells to make sure they don’t become a threat to peace. Great depiction of what is happening today in restive third world countries!

This scene at the beginning of the episode shows the arrival of Danar onboard the enterprise. It took more men than usual to “escort” this very alive and kicking warrior to the detention chamber on the ship. The real climax comes later of course when he escapes detention.