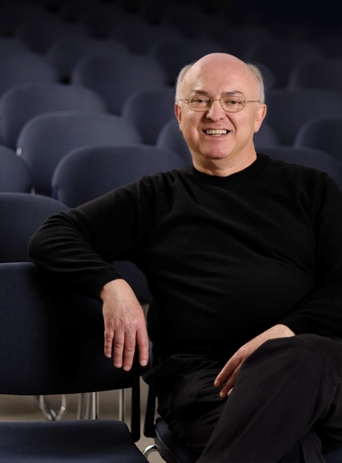 Is non-violence really the answer to issues of peace and security? Answering this and other important questions – including gun control in America, violence in prisons, and the use of “soft power” – Professor Benjamin Ginsberg joins me to talk about one of the most discussed topics today, namely violence and peace. Currently the Chair, Center for Advanced Governmental Studies, he has been a professor at Johns Hopkins for 22 years and the author of a number of books, including the 2013 book The Value of Violence.

Professor Ginsberg’s my new book entitled The Worth of War is expected to be published in a few months. Before taking you to the Q&A, I’ll let Professor Ginsberg tell about his views very briefly:

“My political orientation is libertarian and I try to explain to students and readers that they should look at the world realistically rather than through rose-colored glasses or ideological lenses. I guess that makes me a cynic. The late Ambrose Bierce defined a cynic as a blackguard who insists on seeing the world as it is not as it should be. I guess that’s me.”

Honored to have Professor Ginsberg for a short discussion, here’s our correspondence on the topic of violence, peace, and power.

Ernest: Benjamin, your book is so revealing and all the topics you discuss link together so closely that it feels like a challenge to start with some basic question. Let me ask whether your book title, “The Vale of Violence”, is suggestive of violence being integral to our societies today?

Ernest: In human history, when did violence become, or was made, a key social and political force?

BG: Violence has always been the key political force. Chairman Mao was right about that.

Ernest: Your chapter on rape of inmates in prisons was something really revealing and I’d say even terrifying. Since I don’t see any breaking news stories or headlines of this sort of violence, I’m curious to learn whether mainstream media knowingly ignores these incidents or is it still something not easy to access?

BG: The mainstream media never touches this story because most readers and viewers would be dismayed and terrified. They do not want to know this truth and if they learn of it, they joke about it, claiming that inmates deserve it. I predict, however, that as increasingly harsh federal criminal laws send more and more middle class people to prison, this will become a public issue.

Ernest: We have seen ceaseless debate on the issue of gun control in US, and when we talk about gun control, it’s directly talking about violence, or prevention of life-threatening violence, I would say. What is your take on this issue?

BG: The data on guns are very clear and not what the media claim. Study after study shows that an individual who has a gun in her or her possession is much less likely to become the victim of crime than one who does not. The term “police protection” is an oxymoron like “jumbo shrimp.” The police investigate offenses after the fact. At the time of the crime, you are on your own.

Ernest: Please explain the concept of “soft power” as you touch on it in your book.

BG: “Soft power” is a slippery term used to describe modes of influence that do not involve the use of force. These might include such things as cultural diplomacy, trade agreements, and so forth. In the international realm, great powers use soft power as an adjunct to, not a substitute for, military force.

Ernest: The Value of Violence also talks about the shenanigans that go on in prosecution of offenders – involving the police and judicial departments. Do all these tactics serve to perpetuate violence in some form instead of curbing it?

BG: That’s a good question. When the state behaves unlawfully, it encourages the citizenry to respond in kind. As I also say in the book, when the government punishes the innocent along with the guilty, citizens start to think they might as well be guilty.

Ernest: A more general kind of question I have for you is what you perceive as the major threat to human safety and peace today.

BG: The major threat to Americans today is the expanding power of a government that has no sympathy for them, no understanding of them, and no interest in their welfare.

Ernest: Now I’d also like to ask for a comment on war and economic sanctions. Recently we witnessed the case of Crimea voting to join Russia and drawing the anger of the west. And in near past we had President Obama declaring war on Syria, something that was intercepted by Russia. My question is what is the significance of the UN, whether UN itself is neutral, and more importantly, what needs to be done by a democratically elected government before deciding on an issue calling for military intervention?

BG: The UN was created initially as an instrument of American diplomacy. We lost control of the institution decades ago and now it exists to provide jobs for otherwise unemployed third-world bureaucrats. We should pay no attention to it. As to American military intervention, we are sometimes too quick on the trigger but, in the long run, it is important to maintain American military power. Without it, our many foes would advance their interests at our expense. Those who say that we should study war no more are misguided dreamers. This being said, the Constitution assigned the war power to the Congress precisely in order to prevent its overuse. In recent years, of course, presidents have seized the power to go to war and barely bother to consult the Congress. This is a dangerous state of affairs.

Ernest: Finally, I’d like to ask you about how you see the world of blogging today?

BG: Blogging empowers ordinary citizens to reveal abuses and misuses of state power. The blogs, coupled with the cell phone camera and YouTube, have become thorns in the sides of politicians and bureaucrats the world over.

Ernest: Benjamin, thank you very much for participating in this discussion.