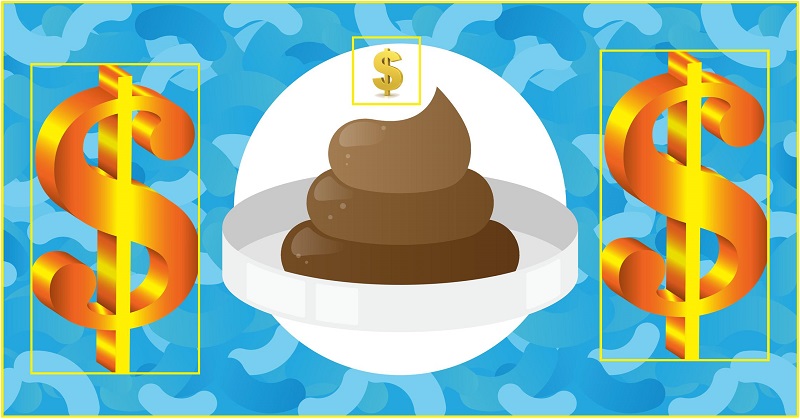 Your shit may stink, but scientifically it is not that useless. In fact, it may literally be a life-saver for someone.

When you hear the word crap or shit, the first thing that comes to mind, is stink and waste, and the feeling we all get from this thing is disgust. But did you know that the same shit we want to get rid of ASAP can save someone’s life? Yes, you read it right. I am talking about that stinky mass coming from your behind as a miracle medicine of nature.

In older days, poop from people was part of the natural fertilizer for vegetation. In fact, organic gardening still values human waste as compost. Though in modern societies, the disposal of human waste has been mad quicker and more efficient via more advanced sanitation, few would dare talk about any actual health benefits of shit. Health and shit don’t belong in the same line for what we’d consider a reasonable person. But seriously, your shit can save someone’s life.

In her autobiographical book Rising from the Dead, Dr. Suzanne Humphries tells about the importance of microbiomes for our health. In the 50th chapter of the book, Dr. Humphries talks about the importance of microbomes in our body and their key role in development of our immune system. She mentions that conventional medical practice – which relies heavily on the use of antibiotics and other drugs – has caused the destruction of human microbiomes. This drug-induced damage to the important microbiome in human body can cause life-threatening condition of intestinal problems, like diarrhea, since such patients do not respond to treatment with drugs.

Dr. Humphries tells that around early 21st Century, some doctors experimented with fecal transplantation out of desperation when their patient suffering serious intestinal sickness failed to respond to any drug treatment. Then in 2010, serious studies and discussion appeared about the medical use of fecal transplantation. In one study published in 2012 F. Rohlke reported that at least 83% patients experienced quick resolution of diarrhea immediately after their first FTM (Fecal Microbial Transplantation) procedure.

In fecal transplantation, stool is taken from a healthy person, whose microbiomes have not been destroyed by antibiotics and other drugs, and transferred (cultivated) into the sick person’s intestines. It has been found particularly useful in the treatment of C. difficile colitis, a bacterium that can cause severe intestinal sickness in humans, characterized by serious diarrhea and life-threatening inflammation of the colon.

In simple words, somebody’s waste can be some dying person’s life-saving medicine. Such is the nature of our natural treasures—sometimes hated until their true worth is realized.