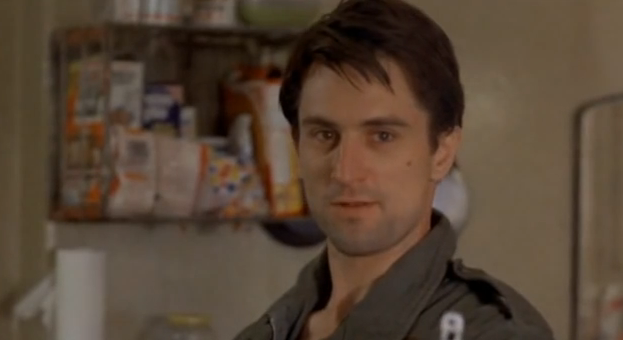 Robert De Niro is at his best of best, carving an indelible impression as the depressed ex-Marine, Travis Bickle, in New 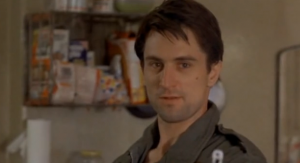 York in this timeless gem by Martin Scorsese and Paul Schrader.

In the film, Travis after a failed attempt to attract the attention of his object of love, Betsy (Cybill Shepherd), Travis is so disgusted by street crime and prostitution that he makes it his mission to “cleanse” the place a little.

Of the film, the famous soliloquy scene stands out as an addictive clip I can’t help watching over and over: “You Talking to Me?” The scene is masterfully done with audiences seeing De Niro acting out his imagined action and speech with a gun. For every second of it, the scene has become an iconic take from Hollywood’s finest works.

One thought on “Scene Pick: ‘Taxi Driver’ – You Talking to Me?”