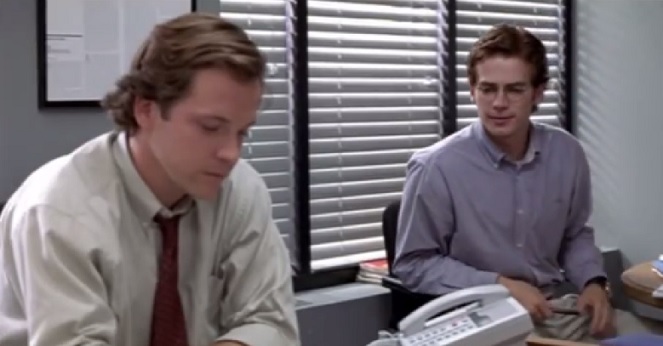 One of the best films ever that turns its subject matter inside out, Shattered Glass (2003) by Billy Ray impresses by its focus as well as extraordinary character development. The film is based on the real life story of a young journalist Stephen Glass (Hayden Christensen) who, while working at The New Republic in the late ’90s, faked many stories for the highly popular publication.

Peter Sarsgaard plays Charles Lane, editor at The New Republic who is contacted by staff at Forbes Digital to share their concern over the authenticity of the sources cited in a story by Glass. Despite the immense popularity of Glass stories, Lane follows his editorial obligation to investigate the credibility of the story in question, and soon he has to take action against Glass.

The conference call scene from Shattered Glass between Lane and Forbes team marks the point where the conflict between the main characters starts rising and Lane’s internal conflict (excellently performed by Sarsgaard) turns over to break the ease of a superficially confident Glass.