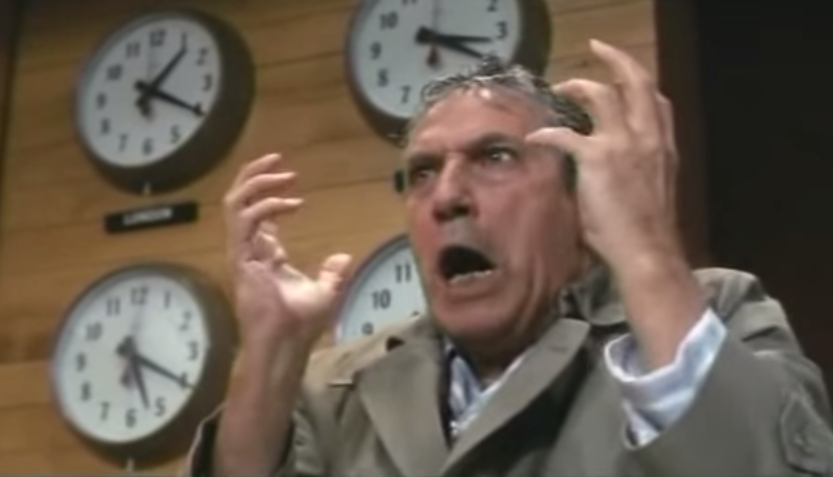 If you ever wonder what one film to pick from the ‘70s, or the ultimate social commentary flick of any time, you wouldn’t like to miss on Network (1976). Written by Paddy Chayefsky and directed by Sidney Lumet, the film is a thorough criticism of corporate-driven life in modern societies where sensation sells and emotion is slave to the ratings of a show – translating into dollars, millions of them.

Network is a timeless classic in every aspect of filmmaking –subject matter, acting, dialog, and the perfect mise-en-scene that makes the screen between audience and performer virtually disappear. Every single line is true today as it was over 35 years ago; every character a living representative of modern urban society. It’s an intellectual, critical look at the meaning of sanity in our times.

And those who know the film certainly remember it best by its “I am as mad as hell” scene. Peter Finch as Howard Beale immortalized this scene as one of the best and most memorable screen moments in Hollywood. It’s more a treat for the eye than putting into words. So go ahead and get mad as hell with Howard Beale!