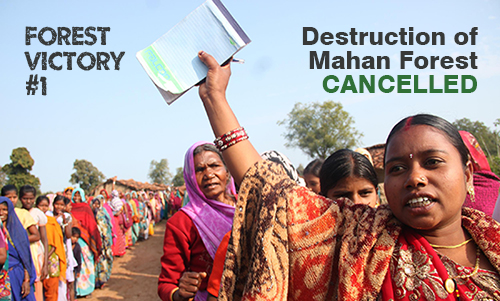 As many of these so-called modern, urban civilians continue to pollute and facilitate the green regions of the world, villagers in a forest-side village in India stood up to the advances of a British energy company that had plans for mining in the Mahan Forest at the cost of the natural greenery.

While the Indian government granted permission to company for mining, the activists for saving the forests made the court case against mining. And they have won!

Greenpeace gave out the good news via an email notification to subscribers informing that the Supreme Court of India scrapped more than 200 coal-mining licenses that were issued to mining companies over the past 17 years.

“The court was horrified by the corruption it found,” reads the notification from Greenpeace.

With this victory worth celebrating, the fight for saving nature from corporate greed is far from over. However, with commitment and respect for nature and life, more victories like this one will be on the way.