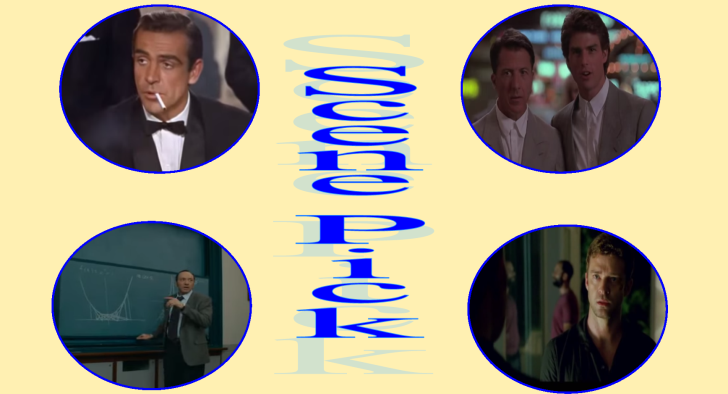 In collaboration with James Duggan

With the release of Rupert Wyatt’s remake, The Gambler, hitting theaters everywhere this month, we ask – are casino movies the real deal? Here are some cool picks with big names, and games.

The first, and arguably the most iconic of all the James Bond movies, Dr. No sees Sean Connery uttering the scene-stealing words for the first time: “Bond. James Bond.” Of course, he’s at a casino table here, being introduced to the incredibly beautiful Sylvia, played by Eunice Gayson. Naturally, 007 manages to trump Sylvia whilst simultaneously seducing her.

We have to ask of course – would this happen in real life? The cards may be legitimate enough, but it’s unlikely this exchange of words would happen in a Las Vegas casino.

This memorable scene, in which we see a gifted Dustin Hoffman counting cards in a casino, somewhat paid homage to a tongue-in-cheek fashion of 2009’s The Hangover. It’s iconic, however, because it truly shows off Raymond Babbitt’s potential in a context which everybody can understand.

In terms of the scene portraying casinos as the real deal, this one is up there with the greats: many respected players have been the subject of controversy before for counting cards, for example, Phil Ivey – proving that this can in fact happen very often in real life.

Another classic which plays on exploiting casinos through the means of card counting, 21 features one particularly poignant scene. The ‘Monty Hall’ problem is presented during a university lecture, which goes through the process of predicting probabilities with a game show ‘three doors’ metaphor. Our student and lead protagonist Ben, played by Jim Sturgess, effortlessly explains how he would solve the problem using mathematics.

Of course, as far as realism goes, this one is very realistic as it did in actual fact happen: six MIT students did manage to ‘bring the house down’ in Las Vegas casinos by using their incredible brains to count cards.

This one’s particularly interesting as the film deals with the idea of taking down web-based casinos. While it is one thing to focus on how a player can take down another player in a casino online, it is another to look at the deep and dark underworld of online gambling.

In this dramatic ‘keys to the kingdom’ scene, we see just how dark the gambling rings of Costa Rica can be. With a bruised and bloodied Justin Timberlake, viewers can appreciate just how far people will go to win a big prize – something which is, unfortunately, very realistic.