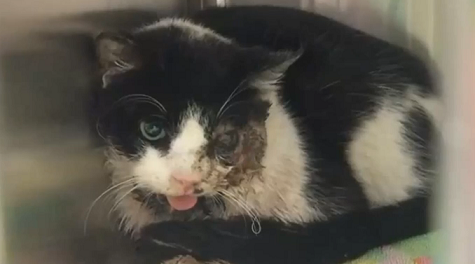 If Pet Sematary was real, where could it be in the U.S.? Probably Tampa, FL.

Yes, that because of the recent news story about a cat that was buried by the owner after being hit by a car and falling ‘dead’. But then it appeared alive, walking around and mewing in the yard of the owner’s neighbor.

NBC News told the story of the cat named Bart who apparently fell dead after being hit by a car earlier this month. Bart was buried as the owner’s saw no movement or felt no breathing in his body. Five days later, they found the cat was out of the grave and in the neighbor’s house carrying injured face as had resulted from the car accident. The pet feline dug its way out of the grave reportedly 5 days after burial.

Bart has undergone surgery now and is recovering; the costs of the surgery were borne by the Humane Society of Tampa Bay. Bart’s owners are calling the cat’s return a “miracle” but as the news report, the miracle cat has also been called “zombie” cat—for returning from his grave.