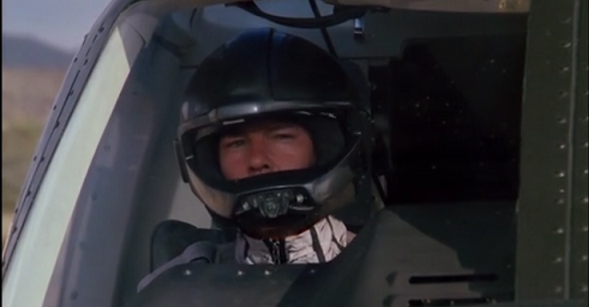 The season-opener of Airwolf Season 3 “The Horn of Plenty” was one of the show’s most exciting episodes in which Hawke was captured and brainwashed by a bad guy. With Airwolf and Dom also surrendered to the villain’s gang, it’s up to Cait to save the team.

A young and beautiful Catherine Hickland (“Stevie” of Knight Rider) was seen playing Angelica Horn, daughter of the criminal who uses her to entrap Hawke and capture Airwolf.

This clip shows the final combat sequence when Cait has infiltrated the gang and let Hawke out so he could take the lady up in the air and give the bad guys a show of its magic.

One thought on “Scene Pick: Airwolf – The Horn of Plenty”