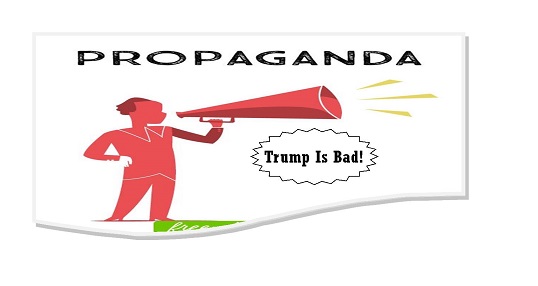 As part of ongoing propaganda by leftist agenda-driven teaching at schools, the Columbia University is now reportedly offering a course to cast Trump in bad light.

Investigative Reporter Nikita Vladimirov, on Campus Reform, reported that a professor at the Columbia University Teachers College is offering a course on “Trumpism” that would teach students the misogyny, xenophobia, and homophobia that define Trumpism.

So the slaughter of an already pathetic education (read indoctrination) system is now as open and shameless as one wouldn’t have imagined to witness in their lifetime.

Now, is this the same Columbia University Teachers College that has recently made news as a key member of its admin along with some of its students have come under investigation over charges of stealing hundreds of thousands of dollars from the college funds? Looks really the kind of place you would be careful of doing any business with!

Educational institutions across the country, but particularly in blue states, have been turned into political propaganda camps that produce brain-dead graduates and squanders millions of taxpayer money on these political programs.