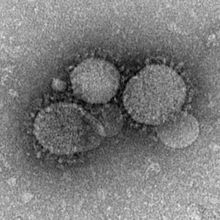 citizens to vaccine for polio regardless of their age and immunization status as a requirement for entering the Saudi borders. Pakistan slavishly complied and more recently India followed suit by making polio vaccination necessary for Pakistanis prior to entering India, despite the proven association between oral polio vaccine and life-threatening conditions, including permanent paralysis caused by the live virus in the vaccine. Now, Saudi Arabia is breeding an epidemic of a disease more deadly and infectious than polio – the Middle East Respiratory Syndrome (MERS).

With 26 new cases surfacing over the past week in the kingdom, Saudi Arabia has witnessed over 370 cases on record so far. AlJazeera reports that the news cases have been reported mainly from three hospitals in Jeddah. Of all the cases diagnosed over the past two years, an alarming 107 people have died because of the deadly MERS infection.

As the infection is spreading at an alarming rate in the country, health officials have thrown the blame on camels, saying that camels were the primary transmitters of the infectious virus onto people. Not surprisingly, the World Health Organization (WHO) also tried to tone down the seriousness of the infection’s threat by saying it was difficult to be transmitted person to person. But does this kind of “oily appeasements” to Saudi authorities cover the fact that the country is facing a deadly risk of an epidemic which can get worse as summer sets in and millions of Muslims from around the world visit the Saudi kingdom for performing hajj (pilgrimage)?

Since Pakistanis have been labeled as a health risk for polio infection despite having fewer than 100 cases a year in a population of 180 million people, it makes all the good reason to demand of travel ban on Saudi citizens or those living and working in Saudi Arabia because of the more deadly MERS infection that they already have started exporting to other countries. As we speak, the CDC has diagnosed the first case of MERS infection in the United States. And not surprisingly the victim is a man who has recently returned from Saudi Arabia where he works – ironically – as a healthcare worker.

The MERS virus from Saudi Arabia is currently the most deadly threat to public health anywhere. Caused by a coronavirus and resulting in acute respiratory infection, MERS has a mortality rate of 30 percent as against polio which in adult has a mortality rate of 15 to 30 percent but which, in 99 percent cases, remains asymptomatic or nearly harmless. Given this, will the international community consider restricting travelers from Saudi Arabia unless they are tested thoroughly for MERS? Or will the oily curtain of the kingdom seal the lips of self-interested authorities and media?

One thought on “Saudi Arabia Starts Exporting MERS; First Case Reported in US”