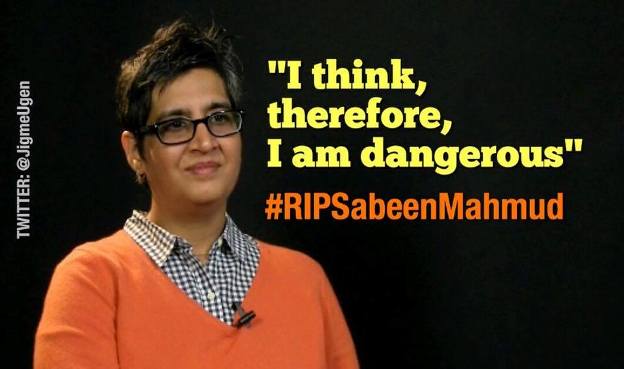 The reckless murder of social worker and human rights activist Sabeen Mahmud in Karachi, Pakistan, has strengthened the belief that Pakistan is not safe for anyone who speaks or lets someone speak about the trouble in Balochistan.

Sabeen was immediately shot dead after an event that allowed well-known Baloch human rights activists Mama Abdul Qadeer and Farzana Baluch. Of course the question that first comes to mind is WHO? followed by Why? Who would kill Sabeen Mahmud by shooting her so recklessly and for what reason?

Fingers are not daring point at Pakistan’s military and government as media generally shies away from investigation or even open commentary when it comes to the military in Pakistan. But some sources do mention their name. Dawn News notes that earlier in April, Pakistan’s intelligence agencies pressured a university in Lahore to cancel its scheduled talk on Balochistan’s human rights issues as the speaker at the event was Mama Abdul Qadeer – a person who raises a voice against the “enforced disappearances” and killings of Baloch people, allegedly by Pakistan’s military-intelligence.

It’s important to mention that many people and tribal leaders in Balochistan have refused to be part of Pakistan and they want separation from the country because they believe their natural resources – particularly their natural gas and mineral resources – are being plundered by Pakistan’s government while depriving the Baloch people of the very basic necessities of life.

A year ago, Pakistan’s famous journalist and TV anchor Hamid Mir was shot multiple times in Karachi and he held Pakistan’s intelligence agency ISI responsible for the attack. He and other journalists believed he was targeted because of reporting on the missing people in Balochistan.

Sabeen Mahmud’s killing seems to send a strong message by her killers to anyone – man, woman, child – to stay away from the human rights situation in Balochistan if they are to stay alive and safe. Will this message silence the voices from inside and out of Balochistan asking for justice and law?