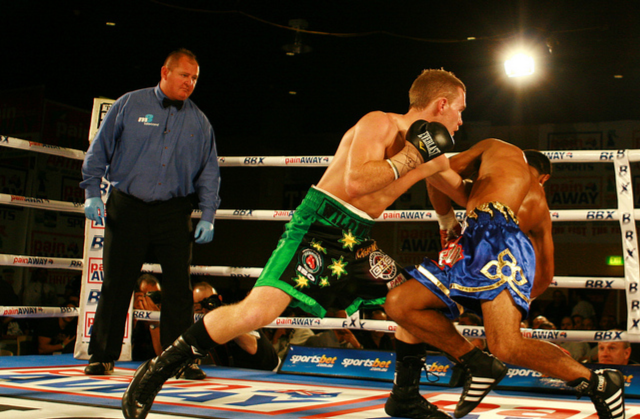 War is a collective expression of physical aggression, or responding aggressively to an act of aggression. More than once, sports has been called the benign equivalent of war – two sides physically fighting for a prize (in case of war that prize is usually land, resources, or just control of humans). When bloodsport is cheered in hockey, though, especially since it can lead to brain damage, you have to start considering the use of the term “benign.”

Personally, I think of commercial sports as a form of war. There are various parallels. The most fundamental of these parallels is the mindset: Us against Them. Kill Kill Kill!, Well, in sports, the last three words of the slogan might be different.

Uniforms, the use of color to blend individuality into collectivism, the general strategy of doing just what the captain says… sports is very much a war game.

So sport is not necessarily all good, but could it be good? It could be. That is the idea behind the handshakes before or after a match.

Certain sports are direct forms of physical aggression – boxing, martial arts, and wrestling.  Others are less so. Take baseball for example. Baseball is better than football (American or European) in that respect. Players are generally measured against their past performance instead each other. And the only physical contact is “tagging”. Also, players are not generally all going after the same object.

The contest in baseball is individualized down to pitcher vs batter, as all wars should be, assuming the contention is between two individuals. Contention always starts that way, and then each side builds up support to “do the other guys in.”

On the whole, I don’t like the loyalty aspect of rooting for your home team. Root for the players you like the most to continue outperforming their old records regardless of which “side” they are on.

War has its propaganda, and so does sport. I view the mainstream media’s support for sports as propaganda to get people into the mindset of supporting war. Also, you have the audience – the spectacle to the crowd is nearly the same as in war looks to the masses.

For the risks involved, the soldiers themselves would obviously much prefer the sport to the actual war, but for the audience, they look the same and are generally used the same way.

Dave Scotese is a software consultant, writer, founder of the literary community Litmocracy, and the webmaster for http://www.voluntaryist.com.