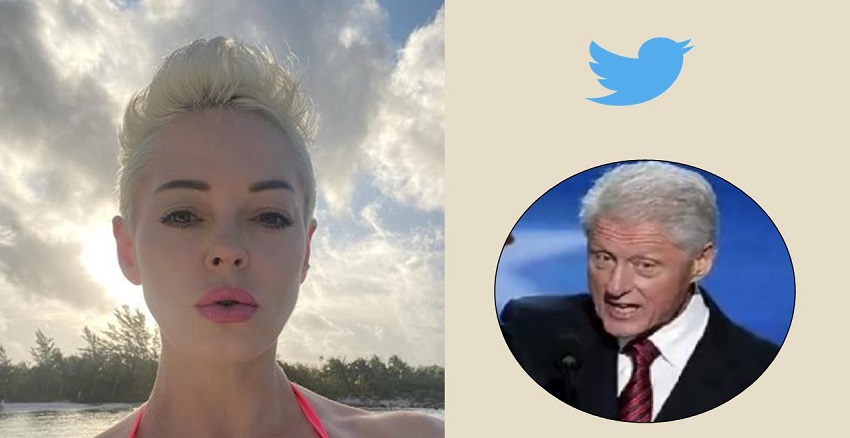 When popular actress and women rights activist Rose McGowan tweeted that she was in a hotel room with Bill Clinton, the leftist propaganda media went deaf and blind.

Rose McGowan, who is credited as the founder of the Me Too movement that resulted in the arrest of Hollywood’s sexual predator Harvey Weinstein, addressed none other than Hillary Clinton to drop this bomb. She tweeted on September 3rd:

Hillary Clinton, you are a shadow leader in service of evil. You are the enemy of what is good, right and moral. You represent no flag, no country, no soul. You eat hope, you twist minds. I’ve been in a hotel room with your husband and here comes the bomb. 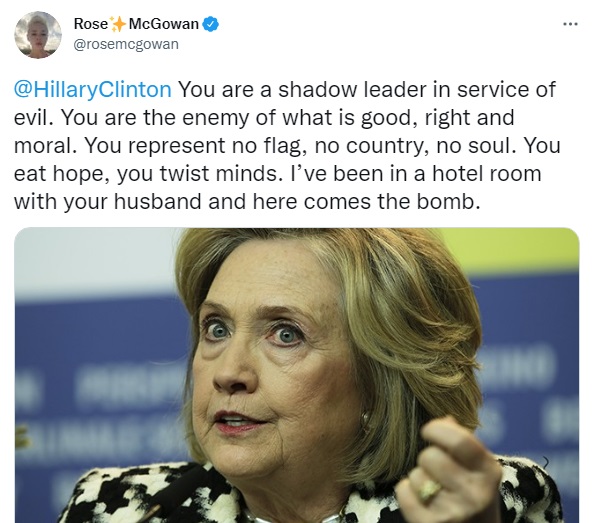 Rose included in her tweet the link to a Breitbart story about Hillary Clinton saying “we’ll fight for abortion” in response to the recent Texas law that places restrictions on abortion.

While the leftist media all closed their eyes and ears to bury the bombshell tweet, a few conservative/independent publications reported on it. The Western Journal wrote:

McGowan has called out the faux outrage from both Clinton, a seasoned politician, and celebrities when it comes to the Lone Star State’s pro-life legislation.

The satirical video show Salty Cracker posted a video saying Rose McGowan will be the one dying of suicide next, referring to the multiple deaths of people who are suspected to have died of suicide when they posed a threat to the shady lives and practices of the Clintons.