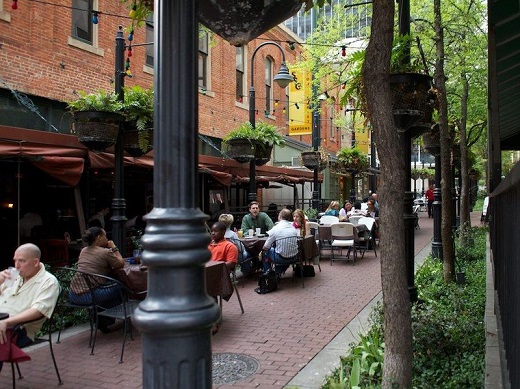 When we think of Dallas, Texas, many of us remember the assassination of John F. Kennedy on November 22, 1963, or the scenery for the TV show of the same name. Those who have never been to Dallas have a limited view of the city, a view shaped by national tragedy and a popular TV show. There is much more to Dallas than THIS NARROW window. There is much good in Dallas, as anyone who visits the city will discover.

Dear and Mamma took me to Dallas when we were vacationing in Nearby Southeast Oklahoma in 1966. We left Calera shortly after one PM on July 28th, 1966. The drive to Dallas was enjoyable. The weather was warm, but the ride was pleasant.

We arrived at our destination shortly after three that afternoon. We would be staying with Uncle Jerry and Aunt Linda. Uncle Jerry is Dear’s younger brother; at the time, he had a job at the Cookbook bakery. We enjoyed the treats he gave us while he worked there. Aunt Linda worked at her own job, I can’t recall where she worked at that time, but she worked in order to help make ends meet.

We helped babysit my two small cousins while we were there. Scott was four, Tonya was two. Scott watched cartoons, Tonya explored, as toddlers do. We enjoyed there company.

The apartment that Uncle Jerry lived in was nondescript; a living room, small kitchen and dining area, one bath, and two bedrooms. They lived on the lower level of the apartment complex.

Aunt Linda fixed hash for supper that night; it was really good. After supper, Scott watched Batman. It was his favorite show. Aunt Linda bathed her kids and put them to bed; soon after, we retired as well.

The next day, I played with Scott. He had many toys that I liked. I played with his guns, I liked the Big Bertha that he had. This was a toy cannon, I thought it looked neat. It had big wheels on it. Of all of the toys he had, the cannon was my favorite. We enjoyed each other’s company all day.

Saturday was a busy day. Mamma and I stayed with the kids while Dear and Aunt Linda went shopping. They came back with sandwich makings, chips, drinks, and a cake. Soon, the sound of the ice cream freezer could be heard as ice cream was prepared. It was homemade vanilla. Later, I got bathed and dressed in clean clothes.

We left some time that evening. Aunt Linda drove, since Dear didn’t know the way. We wound up at a city park. The sounds of birds and locusts greeted us, we could hear children playing in the distance. Everyone had a good time; the wooden picnic table where we ate was in a shady spot. A light breeze was blowing. The food was good. We went back to the apartment before the mosquitoes came out.

The next day was the big day. After breakfast, we went to the zoo. I was excited about this trip. There was a petting zoo for animal lovers of all ages.  The people who ran it wouldn’t let anyone else bottle feed the goats except for Scott, Tonya, and me. I can only hope that this decision wasn’t made because of my blindness. If so, it was an erroneous action on the part of the people who ran the petting zoo. We did enjoy petting the animals. It was fun to watch the baby goats eat.  Even today, I feel sorry for the other children who were upset because they couldn’t join in the fun with us.

We toured the zoo. The others got more out of most of the animals because they could see. When we got to the reptile house, they peered through the glass at the snakes and lizards. Dear and Aunt Linda were scared of them, but they knew that I enjoyed the reptiles they had. I got to pet a giant tortoise. These animals come from the Galapagos Islands in South America. They live one hundred and fifty years and weigh five hundred pounds. Of all the day’s activities, this was the one I remember.

Needless to say, we were tired when we got home. We went to bed early, and had a good night’s rest.

The next day, it was back to the routine; Aunt Linda took us shopping before we returned to Calera that evening.

My last trip to Dallas was in 1970. Uncle Jerry was transferred to the plant In Kansas city, Missouri in 1972. Dear has visited Dallas from time to time for treatment for ear trouble, but I have never gone with her. The July 1966 trip was the one that stands out. I hope that the readers will get a chance to see, and perhaps ride, one of the giant tortoises at a zoo near them. The tortoise; a simple but venerable creature stands out as a symbol for a lasting memory of a time that may never come again, but I have the memory, and that will suffice.