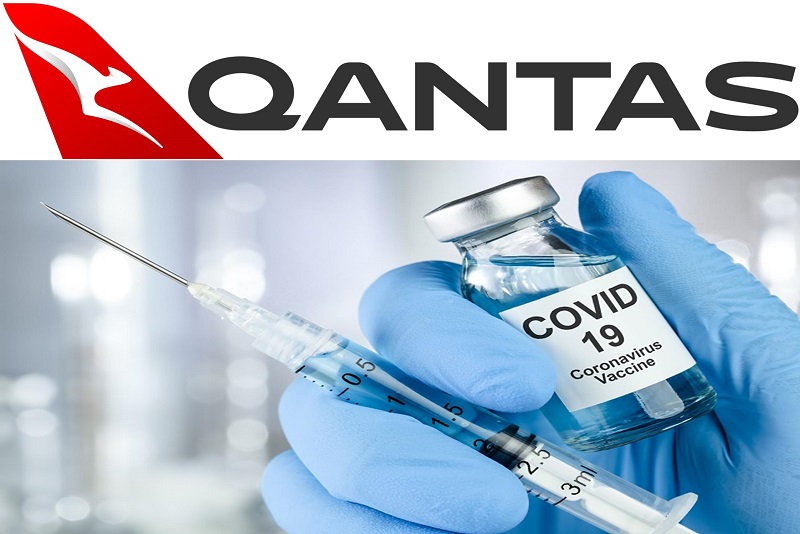 It has started. And it started with Australia, the country well-known for its Nazi-style governance and gang-like loyalty to the pharmaceutical mafia. Australia’s Qantas Airways says it will make Covid-19 vaccination mandatory for all international travelers.

Russia Today posted the story about Qantas Airways CEO Alan Joyce appearing on an Australian TV channel and telling about his airline’s new policy on COVID 19 vaccination requirements for all passengers entering or leaving the country via Qantas. He told that his airline is looking to change its boarding conditions for passengers by requiring all international travelers to be vaccinated before boarding a Qantas flight.

#BREAKING: QANTAS CEO confirms that proof that you’ve been vaccinated for COVID-19 will be compulsory for international air travel onboard his aircraft. #9ACA pic.twitter.com/dhk3Hsnxn9

While the airline doesn’t plan to impose such vaccination requirement for domestic travelers, the move by Qantas to make COVID 19 vaccine mandatory for international passengers gives a glimpse of what is most likely coming for international travelers. Executive Traveller quoted Joyce on what he has learned from other airlines.

I’ve been talking with my colleagues at other airlines around the globe, and I think that’s going to be a common theme across the board.

As the stories in these and other media outlets reveal, the establishment plan is to make vaccination records part of a traveler’s passport/documentation. The stories about “digital passports” carrying vaccination records are coming true with what Qantas Airways has shared with the public.

The story of a “pandemic” has been used effectively to keep people hostage worldwide by their health agencies – which work directly or indirectly for the pharmaceutical industry, and specifically for the vaccine mafia run by Bill Gates and other corporate criminals.

How and whether at all people will resist this neo-Nazism of the pharma industry is the ugly, dark cloud looming over civilian freedom across the globe. It’s no more a matter of if, but when. And the same goes for people’s resistance to pharma Nazism.