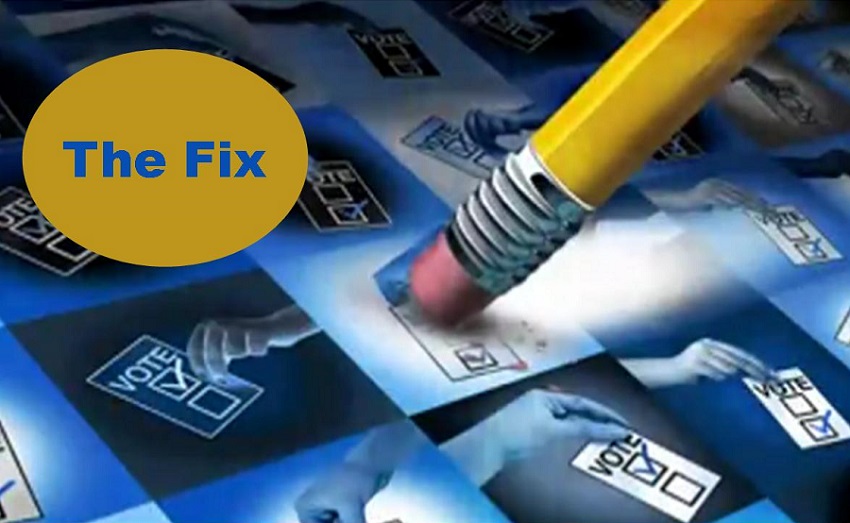 The long-awaited Arizona audit report was edited before it was presented before the State Senate in Phoenix, AZ, on Friday (September 24, 2021). One edit made to the report literally changed the entire political game and rendered the report dead on arrival.

The Arizona audit report investigated the claims of voter fraud in 2020 election in Maricopa County of AZ and the presentation in the Senate showed evidence of massive election fraud that was more than enough to make the authorities decertify the results of the Maricopa County. However, the report presented in the state senate did not mention decertification and before the presentation began, senate president Karen Fann quickly mentioned that the report is not about decertification, instantly sparking suspicion that the fix is in”; and it turns out, it was!

The Gateway Pundit today published the revealing story today that the final Arizona audit report was “watered down” and the most damning statements were removed from the original report compiled by the audit firm Cyber Ninjas. The story reveals that the original report included a para that underscored the large scale problem with close to 58000 ballots and called for decertification of the election results. The para reads:

This para was removed from the report prior to its presentation and another para was included that tells a whole different story, literally changing the meaning of the report. The screenshot of the para added is included below.

Establishment propaganda media pounced on this para and ran stories even before the report’s presentation began in the senate that the audit found nothing of concern as implied by the Senate President’s introductory comment.

Mike Adams analysed the findings of the audit in a video posted to free speech video-sharing platforms.

The watering down or more precisely completely changing the text and meaning in the Arizona audit report shows how deeply compromised the whole political machinery has become such that words are literally changed in a supposedly sacred document to stab truth in the back and give victory over to the criminal.

The report has been referred to the state’s attorney general for further action. Will there really be justice? Will we ever know who edited the report and who gave the orders to change it? Perhaps time will tell, unless time is gagged too by the rich and powerful hand that calls the shots on all things from the ballot box to the White House.