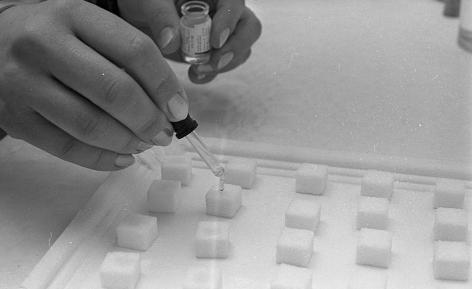 Oral polio vaccine carries the risk of permanently paralyzing a child and recently two more cases of vaccine-derived polio have been reported in just a handful of media outlets.

Child Survival posted about the two incidents – one in South Sudan and the other in South Sudan – caused by the orally administered polio vaccine. The World health Organization (WHO) was quoted as the source of the news.

Mainstream media have not reported the issue worldwide though just a few publications did. But they posted just a brief without treating it like a serious issue. The New York Times used the word “polio” instead of vaccine-associated polio paralysis (VAPP), which is generally used for such cases of polio merely because the paralysis is caused by a vaccine-derived virus after it has mutated in the gut of a child receiving the polio drops.

Meanwhile, Breitbart reported that WHO admits the presence of the vaccine-derived virus in three other patients in Madagascar, although it didn’t cause any symptoms. It is wortwhile to remember that the wild poliovirus also doesn’t cause any symptoms in predominant majority of people who contract it and the paralysis caused by the vaccine-derived virus is clinically indistinguishable from that caused by the wild poliovirus.

The oral polio vaccine (OPV) has caused numerous cases of polio in the past. Mainstream media always uses the word “rare” to downplay the risk of this kind of paralysis in favor of the vaccine, which was “discontinued” – or to put it directly, banned from using – in the developed west. India was declared a polio-free country a few years ago, despite the presence of thousands of vaccine-caused polio cases.