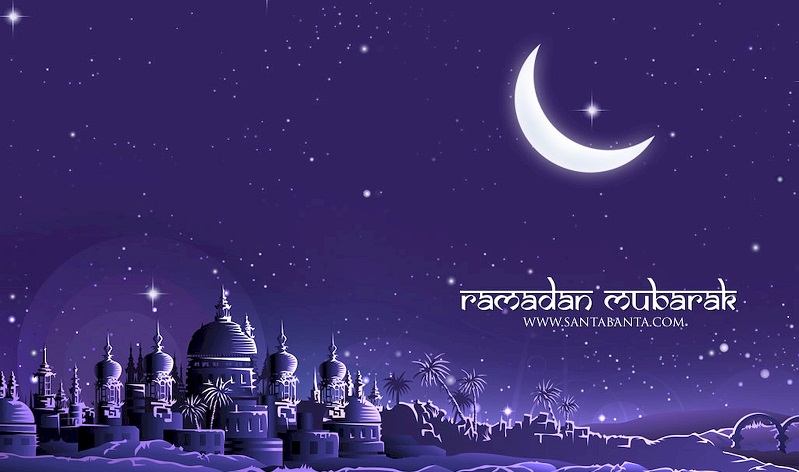 Muslim clerics and their more educated counterparts, the so-called scholars, regularly paint a rosy, divine picture of the month of Ramadan—the fasting month in Islamic calendar—which by their rhetoric is a time of spiritual training and learning empathy for the poor. But is there anymore to it than cliched Islamist sermon points?

Leftist propaganda platform Yahoo News today featured such a cliched Islamist sermon from Idaho Statesman. Written by some Muslim teacher named Said Ahmed-Zaid, the post is an English version of what a child in a Muslim society is taught since day one: fasting in Ramadan serves as training oneself in self-control and self-restraint, and that it precipitates empathy for the poor and hungry around us since our bodies since we experience hunger first-hand.

This cliched depiction of Ramadan is good for filling print and digital pages to preach Islam. But the truth about Ramadan is far less flattering. Those who grow up in Islamic societies and surviving the indoctrination know that Ramadan is not just useless, but in fact even harmful in multiple ways.

First, fasting the Muslim way is harmful physically because the odd hours of eating during the month take its toll on normal digestion cycle. Ripping oneself off from sleep at 2 am to eat a meal because there won’t be eating till the next dusk is neither fun nor healthy. People growing up in Muslim countries know it; it leaves you physically and mentally drained, and often constipated. Of course Muslims won’t admit it because they gotta preach their sweet holy Ramadan. But the fact remains that fasting in Ramadan makes you sick to one degree or other.

The rhetoric of empathy for poor via experience of hunger is particularly lacking in substance. You cannot teach a financially strong or at east secure person how it feels to be poor via rituals of momentary fasting during the day when the rest comfortable in their nice furnished homes with air-conditioning in summers and adequate heating in winters. Sitting in one’s comfortable office chair while fasting comes nowhere close to fasting while you are laying bricks outside sweating in 100 degrees while abstaining from food and water with the knowledge that if you stop, your little ones will hungry to bed. The hunger of the secure and the well-off is nothing similar to the hunger of the slum-dweller who can’t leave work even if he is dying sick. Those laborers fainting of dehydration in summer in Ramadan while working out because of poverty on the streets in Muslim countries won’t make stories in Idaho Statesman or in Yahoo News. And we know why.

Now does Ramadan teach tolerance and respect for others? In sermons, yes. But out in the street, it’s the opposite. Islam allows to punish those who don’t fast despite being eligible for fasting (are healthy adults). Not only Muslims but people of other faiths are prohibited to eat in public during Ramadan in Muslims countries that follow Sharia (Islamic) law – the punishment ranging from fine to prison time, and that is if the police gets you before the angry Muslim mobs do. Islam also teaches practicing Muslims not to cook for or serve meals to those eligible for fasting but who don’t fast. In other words, fasting is imposed and those who choose not to are to be punished and boycotted. Is that empathy?

Then Mr. Zaid claims that during Ramadan “… a Muslim strives to guard their tongue from using offensive language and closes their ears to senseless speech by leaving the company of those who engage in it.” Of course, but only in the sermon. Go out in the streets on a Muslim country and see how soft-spoken they become during Ramadan. You’ll be surprised, and not happily so.

In short, the Islamist fairy tales of Ramadan’s blessings and benefits fall flat against the bitter truth that it’s another useless ritual that has no physical or spiritual benefits as long as it practiced the way Muslims do it. It’s just more proof of how a lifetime of indoctrination turns one into an automaton of faith—one that does not experience true learning about why it’s doing something but has to be taught by preachers that it’s doing something important.