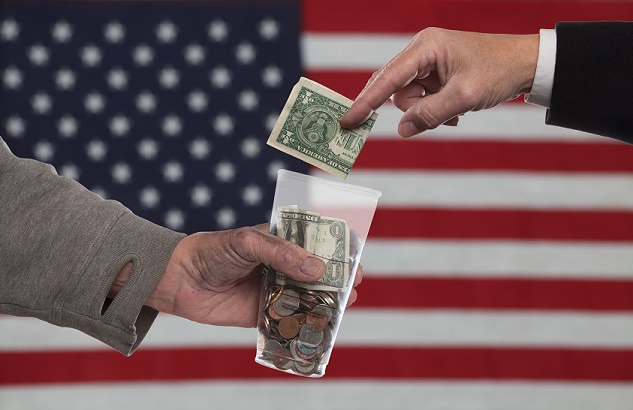 In the city where I live, there are lots of panhandlers who stand on street corners, in parking lots and on highway exit ramps. Some even bring their chairs and bask in the sun while soliciting money from the general public. They do this in order to make a living or to support a drug habit. Quite often, these panhandlers disrupt the flow of traffic or intimidate people who are trying to go about their day. Many women are afraid of them when they make eye contact; yet, as long as they make the money that they want, these panhandlers aren’t going anywhere. 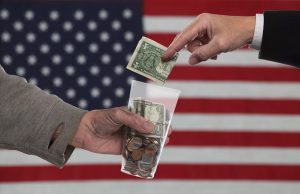 Our city council has tried to come up with a solution to this problem. Many people call talk shows with their own ideas. A city ordinance has been proposed in order to limit panhandling. It was even suggested that the sheriff release many of his deputies throughout the city to guard each location that a panhandler works at in order to regulate activity. In my opinion, if anyone believes that panhandlers are loitering or committing vagrancy, there are already laws on the books in order to solve the problem.

While we are in an uproar about panhandling, there is a factor which further complicates the situation by tying the hands of city legislators. According to the American Civil Liberties Union, panhandlers have constitutional rights, meaning that they are allowed to panhandle. As a result, the ACLU has threatened to take action against my city. With that said, I have to ask the following question. What about our rights as average citizens? Who’s protecting us? If panhandlers are breaking laws that already exist, how can the American Civil Liberties Union overrule this reality? For example, the State doesn’t want any pedestrian to walk on or off a highway, and it doesn’t matter what he’s doing. So, if a panhandler stands on an exit ramp, he’s already breaking the law.

When you see someone panhandling, you have to decide whether or not you should give him money, and if you do, you hope he uses it wisely. How often do people unknowingly support someone’s drug addiction by being generous in this way? This is an issue which will be debated for a long, long time, and frankly, I don’t know what can be done about it.