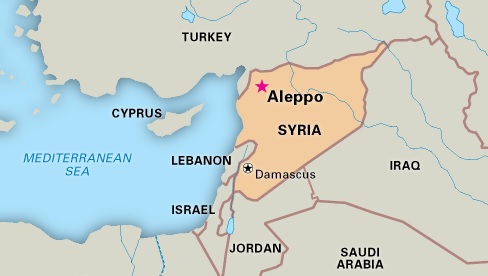 The reports of two power grids in a peaceful, civilian area of Syria targeted by US/coalition fighter planes escaped mainstream media. But Putin has cited it.

The news was a brief with little details revealed except that two F16 planes violated Syrian airspace and targeted the power stations in Aleppo, Syria’s largest city, causing disruption of power on Saturday.

Veterans Today reported that President Putin, on Tuesday, expressed “bewilderment” over the incident and called the attack “strange”. The source cited says that the strike cut electricity to 2.5 million Syrians. Good thing there are no reported casualties or damage to life.

Just last month, the US airstrike targeted an MSF hospital, killing innocent medics and patients in Kunduz, Afghanistan, and the outcry over that case is still heard in media. Now this second incident of hitting a civilian area and attacking civilian facility instead of targeting terrorists can add to the deteriorating international image of US.

No wonder it’s not in big media!