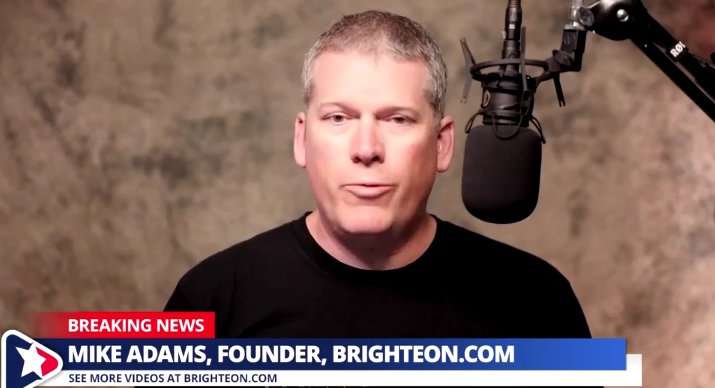 Globalists hate free speech—which means they hate sources that give the alternative or other side of the story. No wonder then that the free speech video-sharing website Brighteon.com has come under an attack by the leftist governments of New Zealand and Australia.

Brighteon’s founder Mike Adams sent an email alert on March 26, 2019 to all users notifying them of their urgent fight against censorship that has threatened the website with de-platforming it.

On Brighteon.com Mike Adamas posted a message in text as well as in video (included below) telling that following the Christchurch shootings in New Zealand, the governments of both New Zealand and Australia attempted to annihilate Brighteon by threatening their upstream providers, claiming that their hosting of the mosque shooting videos constituted “promotion of violence.” Here is what Adams wrote:

In response to that imminent threat, we were forced to remove all videos that contained footage from the New Zealand shooting, even against our principles of working to protect free speech. We were also forced to temporarily suspend some accounts to prevent further posting of videos that could have resulted in us being de-platformed within hours. (Nearly all those suspensions are now being reversed.)

It is worth mentioning that Brighteon posts many videos from alternative and conservative or libertarian sources that leftist social media sites like Facebook and video-sharing sites like YouTube routinely censor or remove due to political incorrectness. And the Christchurch shooting video’s analysis has been part of the commentary posted on the site.

Since the incident on March 15th, the leftist Government of New Zealand has behaved suspiciously and rushed to announce a new gun-control law (strikes a chord?) as well as put on an exaggerated Islam-centered empathy drama in media as if the entire incident was scripted and rehearsed with the leftist goals of fast-tracked Islamization and gun control in view all the while. Not a surprise at all then that they pounce on sharing of the content, even the written “manifesto” of the alleged killer—whose face won’t be shown in videos during his court trial because a judge ordered them so.

It’s time for free-speech advocates to stand up to these neo-Nazi governments and globalist establishment that personify the tyranny Orwell warned against in 1984.