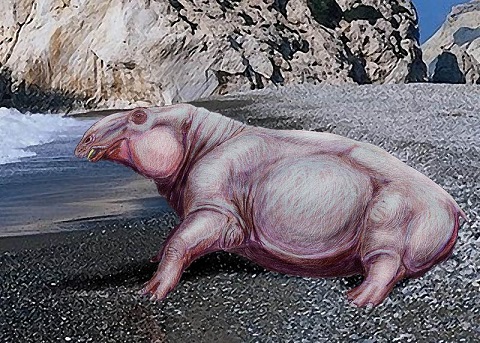 Survival against time’s arrow is the ongoing saga of organic evolution on our planet. Recent news of mammal fossils adds interest and curiosity to this evolutionary journey.

Science Daily reported research from Southern Methodist University of Dallas, TX, that discovered new fossils of a Unalaska Island mammal species called Desmostylia. The 23-million-year-old fossils seem to suggest that these mammals, the size of a hippo, are said to have been vegetarian. Researchers believe their morphology suggests they ‘sucked” plants in instead of chewing on them.

Going extinct at about 10 million years ago, the Desmos are considered short-lived as a species on this planet. But another mammal made it all through a major disastrous phase—the Kimbetopsalis.