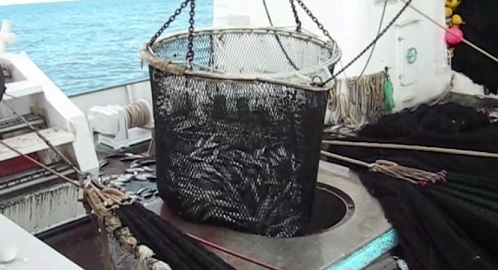 Land animals are not the only ones slaughtered and abused by food industries; fish and other marine lifeforms are equally a victim of human cruelty. The tuna dish you order may be one coming from a company that routinely abuses sea life.

Greenpeace UK is petitioning big tuna brands to stop abuse and killing of marine life as a practice concomitant to their tuna hunt. A YouTube video on the Greenpeace petition page shows large nets used by tuna fishers catching bigger fish and other animals including turtles that are then thrown away to die while the main target, tuna, is separated for slaughter.

Daily Mail reported recently that 98 percent of the tuna brand John West’s tuna are caught by methods that involve killing other marine life including dolphins, sharks and turtles.

While there is no such thing as humane slaughter, the collateral slaughter and abuse of animals caught along tuna shoals is utterly condemnable. This is waste of life because the killers just don’t care. There is no reason why such abusers as John West and the kind shouldn’t be boycotted, even sued for abuses and stopped by any means possible to stop their aggression on natural life.