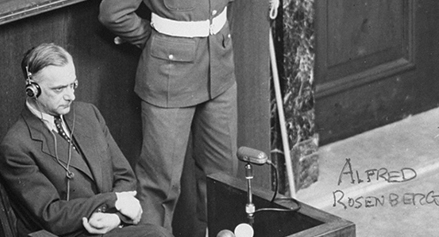 The long-sought private journal of a well-known Nazism proponent, Alfred Rosenberg, will be on exhibition at the United States Holocaust Memorial Museum, Washington DC.

Henry Mayer, Senior Adviser on Archives, notified subscribers via email about the discovery of the anti-Semite ideologue Alfred Rosenberg, who was hanged in October 1946 after being found guilty by the International Military Tribunal for war crimes and crimes against humanity.

Rosenberg’s diary is a valuable resource from history especially given the fact that some people continue to deny the occurrence of the Holocaust while it is generally accepted as a historical truth.

More about the diary and its exhibition is at the USHMM website.