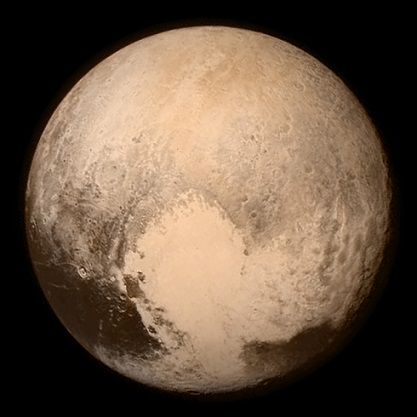 NASA has wasted billions of dollars on useless projects – that were ultimately cancelled – and yet it continues to attract public interest by projects like Pluto’s exploration. What are or should be our priorities?

As someone who studied earth science, I find it almost amusing how people can be fascinated by the presence of mountains on planets. If they studied basic geology, for more than a year at least, news of mountains, rocks, and minerals are more like the alphabet table. There’s nothing exciting about them whether on the same planet or somewhere in the same galaxy.

But the worldwide buzz about Pluto images and like is indicative of an escapist mindset that seeks comfort in belief in the unseen-but-likely-there stuff – stuff that decades of research and expenditure (waste) of hundreds of billions of dollars has failed to find. Yet, more is being asked for, and that from the taxpayer’s pocket.

One wonders whether anytime soon, the governments would realize that there are more immediate concerns right here on earth to take care: forests to save, starving people to feed, helpless animals and people to save from slaughterers, and preserving the precious natural environment from the so-called most intelligent lifeforms.

Priorities matter and slashing funding of useless research projects will soon be – if not already – an urgent necessity than a priority. Sooner or later, we need to answer the call for saving what we already got and are losing instead of that which we have an extremely thin chance of getting if at all.